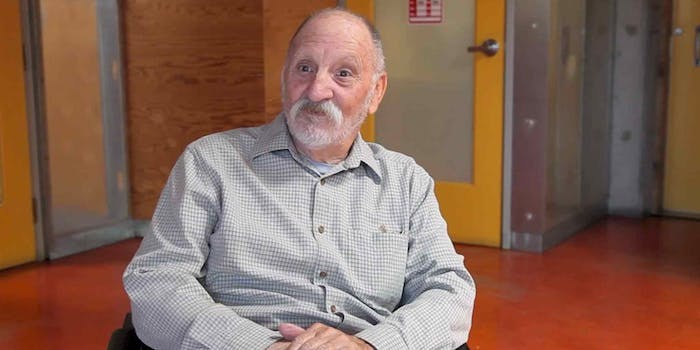 YouTuber Davey Wavey went to a local senior center to find out how they felt about gay sex.

Spoiler alert: Your grandparents are probably still having sex. Even if they’re not, they still have an opinion about it.

Davey Wavey, a gay YouTuber and fitness guru known for asking gay men and lesbians about the opposite sexs’ genitals, went to a local senior center to find out how they felt about gay sex.

Initially it looks like the video’s heading into awkward family dinner territory; the seniors even feign deafness and ask Wavey to repeat himself multiple times, but then they let loose.

In short? They love it.

“I’d rather do it then think about it, for one thing,” one participant added.

Most of the participants were from the L.A. Gay & Lesbian Center’s Seniors Services department and self-identify as part of the LGBT community, so the answers are naturally skewed to have a positive opinion and probably don’t represent the feelings of all senior citizens.

But that doesn’t mean the candid answers are any less insightful for it.

“I identify as LGBT, C, sometimes F, and Q,” offered one man with a receding hairline. The “F” stands for “flexibility,” he added with a cheeky smile.

Some of them haven’t had it in years, some would do it everyday, and some are still doing it. And they each have their own memories attached to it.

“I’m not dead yet, and I’ll probably be sexual until the day I die,” one woman said. “Maybe after, I don’t know.”

“There’s nothing wrong with being a slut,” a man wearing a blue shirt noted.

They might be our elders, but they’re still young at heart.