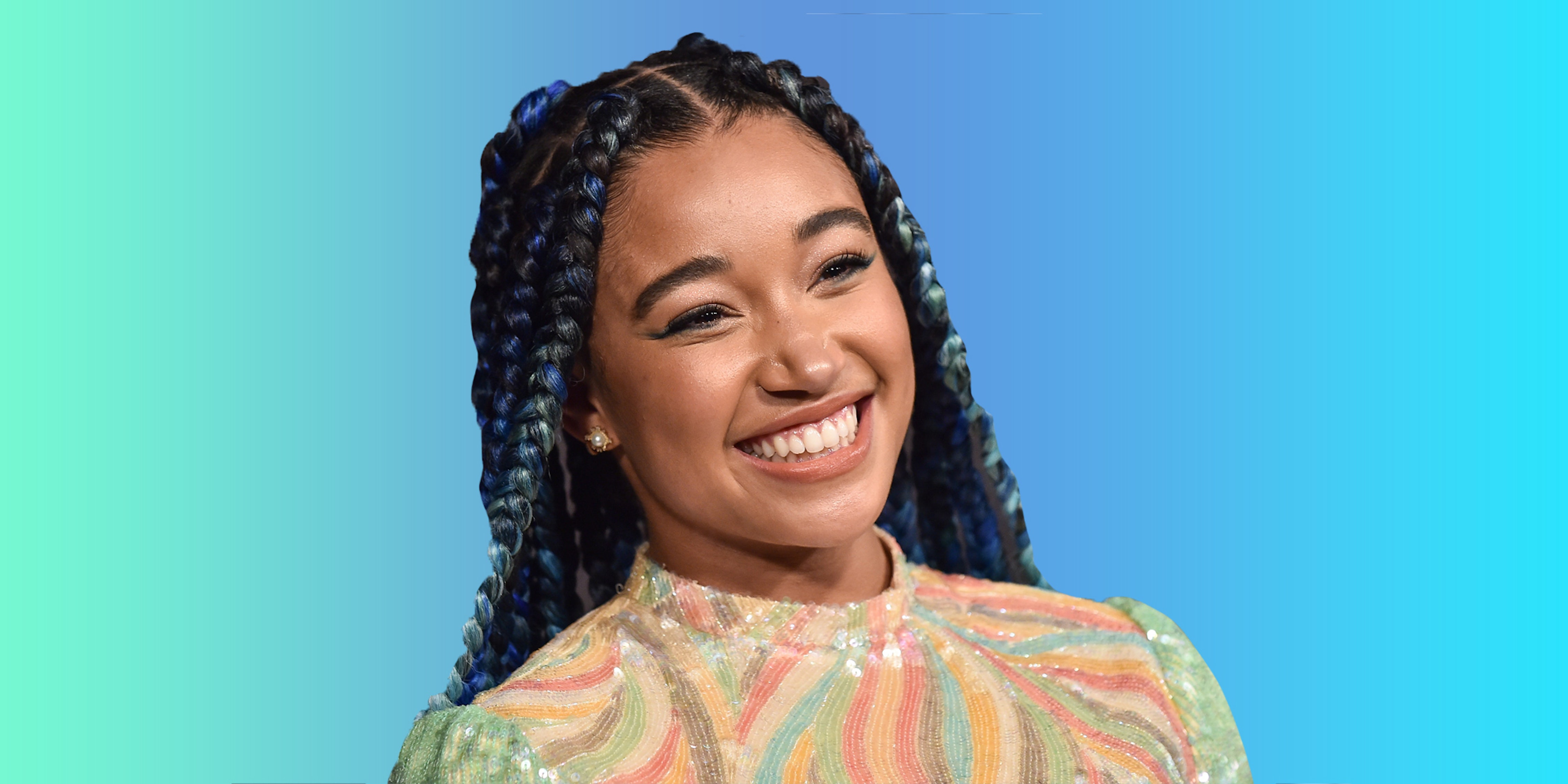 Wilson aired the DM in a TikTok video. “I looked at my DM requests and found, this, which I’m just gonna let speak for itself. For a little bit,” she says.

Wilson then posts a screenshot of a message from Amandla Stenberg on Instagram. Stenberg writes, “ur review was great, maybe if you had gotten ur eyes off my tits you could’ve watched the movie!”

Wilson responds by saying, “hey, amandla! generally a big fan of your work, but this sure is something. really wishing you well in your career and life, have a nice night.”

At the bottom of the conversation, it can be seen that the critic blocked Stenberg’s account.

Wilson continues in her initial video, “For context, if you haven’t seen I reviewed Bodies, Bodies, Bodies for the New York Times, really, didn’t like it and said so. Ironically praised the acting, though. Uh, I don’t want anything else to come of this, I am devastated to have received this message in the first place, I was a genuine, huge fan of hers. But I’m posting this because I don’t want this person who has more social power than me to think that it’s fucking OK to do something like this. And that’s all.”

In her review of Bodies, Bodies, Bodies, Wilson writes, “This is a movie perfectly tailored to one of A24’s key demographics: bougie 25-year-olds who value branding over substance.”

She goes on to say that the movie, “is so intent on oozing cool-kid apathy that it serves up a whole lot of nothing,” and that “the only thing that really sets ‘Bodies Bodies Bodies’ apart is its place in the A24 hype machine, where it doubles as a 95-minute advertisement for cleavage and Charli XCX’s latest single.”

It’s that mention of cleavage that Stenberg was likely referring to in their Instagram message to Wilson.

Many people voiced that they didn’t support Wilson’s decision to publicly post private direct messages from Stenberg on social media. There were a number of folks who also found it difficult to follow Wilson’s logic for airing the messages. Stenberg wasn’t publicly blasting Wilson’s review, but instead messaged her person-to-person via DM, comedian and critic Jourdain Searles noted in a tweet.

Some Twitter users argued that both Stenberg and Wilson were “annoying,” stating that the actress “needs to learn how to take an opinion” and that Wilson “is being very unprofessional making herself part of the story.”

There were some users who screenshot the comments Wilson received from her TikTok followers, who expressed that they were sickened by what Stenberg sent her.

Some accused Wilson of self-victimizing, while others claimed that had a man written what Wilson did, he would be called a misogynistic pig.

Stenberg responded to all of the drama in a follow-up video on Instagram.

“I just thought I would get on here really quickly cause I’ve been receiving a lot of commentary on the internet for being a very naughty girl…and sending a DM I thought was hilarious,” Stenberg says.

The star goes on to specify that she was indeed referring to Wilson’s part of her review where she called the film an “advertisement for cleavage,” stating that she also found the criticism “hilarious.”

The actress explains that since both of them are gay women, she figured Wilson would’ve found the comment funny, instead of interpreting it as an abuse of power and immediately blocking her on Instagram.

“I thought because Lena is gay, I am also gay, I thought as gay people we would both find this comment funny,” Stenberg said on Instagram. “I was also curious to know what Lena would say to such a statement, but Lena decided to publish it and also says that I am homophobic for saying that.”

Stenberg then notes that since she was a teenager, there’s been an “obscene” amount of commentary from audiences and critics on her breasts.

She said that when she wears a tank top, she knows that there’s going to be “some cleavage” because of her chest size. Stenberg added that she thinks Wilson was attempting to make a commentary on A24 “over-sexualizing” young women to appeal to a certain demographic, but she goes on to say that she worked with the costume designer on the film to pick this particular tank top because she thought that “it fit the character well.”

“I do get tired of people talking about my chest,” Stenberg shares. “It seems to be in Hollywood it’s not normalized to have boobs that are above an A or a B cup.”

The actress also addresses Wilson directly in the clip, “Anyways Lena, I thought your review was hilarious. I thought my DM was funny, I did not mean to harass you. I do not wish you any harm. You are allowed to have your criticism on my work, and I’m allowed to have my criticisms of your work, and that is A-OK with me. And I wish you the best.”

The video cuts out, before Stenberg briefly returns, stating, “Thanks to anyone who has gone to see our 95-minute advertisement for cleavage.”

The Daily Dot has reached out to Wilson via email and Stenberg via Instagram DM for further comment.