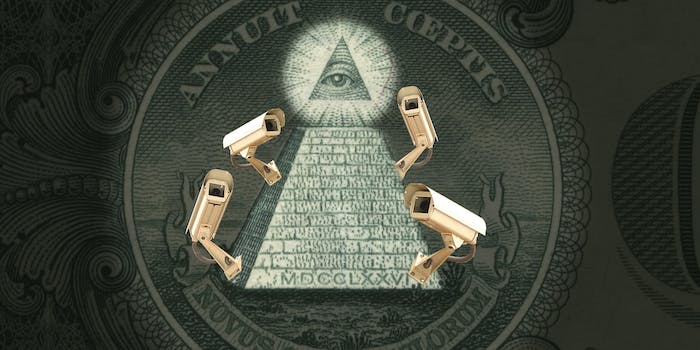 Leaked FISA documents explain when the NSA can spy on Americans

The U.S government's claims that PRISM and other NSA spying programs don't target Americans are only worth as much as an agent's "reasonable belief."

Top-secret court rulings obtained by the Guardian indicate that, as many have alleged, there are loopholes that allow U.S. intelligence agencies like the National Security Agency to spy on Americans in some circumstances.

That’s supposed to be illegal.

Numerous government officials have, in the wake of the shocking proof of U.S. spy program PRISM, gone to great lengths to promise Americans that such a program could never target the actual content of their communications. PRISM is only made legal through the Foreign Intelligence Surveillance Act (FISA), which, at spy agencies’ requests, issues classified demands to companies like Google and Facebook for their users’ communications.

Since those court rulings are classified, they’ve raised significant concerns from activists who see the potential for abuse.

Other top government officials have said the same thing. In a three-hour House Intelligence Committee meeting Tuesday, assistant Attorney General James Cole said FISA doesn’t authorize surveillance targeting U.S. citizens or anyone within the U.S. If an agency intercepts U.S. communication by mistake, he said, it must delete that information unless it’s a matter of life and death:

Cole also said that if an intelligence agency does accidentally target a U.S. citizen, it must instantly move to report and correct the error:

Every now and then, there may be a mistake. A wrong phone number is hit, or a person who shouldn’t have been targeted gets targeted because there’s a mistake in the phone record, something like that.

Each of those compliance incidents, if and when they occur, have to be reported to the FISA court immediately. And let me tell you, the FISA court pushes back on this. They want to find out, why did this happen, what were the procedures and the mechanisms that allowed it to happen, and what have you done to fix it.

However, the FISA court documents obtained by the Guardian indicate the NSA’s not so strict in practice. If an agent thinks a person isn’t currently in the U.S., and doesn’t have explicit proof they are a U.S. citizen, that agent can go ahead and track them:

A briefing by the NSA’s general counsel, issued when FISA was renewed in 2008 and also obtained by the Guardian, indicates the agency is well aware of how to skirt that law. According to the Guardian, the following was issued by the NSA, in reference to a target that’s thought, but not proven, to be inside the United States:

“Once again, the standard here is a reasonable belief that your target is outside the United States. What does that mean when you get information that might lead you to believe the contrary? It means you can’t ignore it. You can’t turn a blind eye to somebody saying: ‘Hey, I think so and so is in the United States.’ You can’t ignore that. Does it mean you have to completely turn off collection the minute you hear that? No, it means you have to do some sort of investigation: ‘Is that guy right? Is my target here?” he says.

“But, if everything else you have says ‘no’ (he talked yesterday, I saw him on TV yesterday, even, depending on the target, he was in Baghdad) you can still continue targeting but you have to keep that in mind. You can’t put it aside. You have to investigate it and, once again, with that new information in mind, what is your reasonable belief about your target’s location?”

So, although spying on Americans’ communications is not technically authorized by FISA, there’s still a lot of wiggle room. The question is, how much can we trust an individual agent’s “reasonable belief”?