A redditor finds out what happens when you pee on lava

Man finds lava and and can't help but whip it out.

It’s not entirely clear how God created Earth. If it’s anything like how this random guy on YouTube did it, you may want to rethink letting your kids play outside.

The safe-for-work (we promise!) YouTube video is called “Dude pissing on lava” and it is has collected more than 295,000 views thanks to a top post on Reddit r/videos forum.

“That man just inhaled his own vaporized urine,” DeficientHubris added.

Leave it to Reddit’s meme community, r/AdviceAnimals, to put the video in perspective. 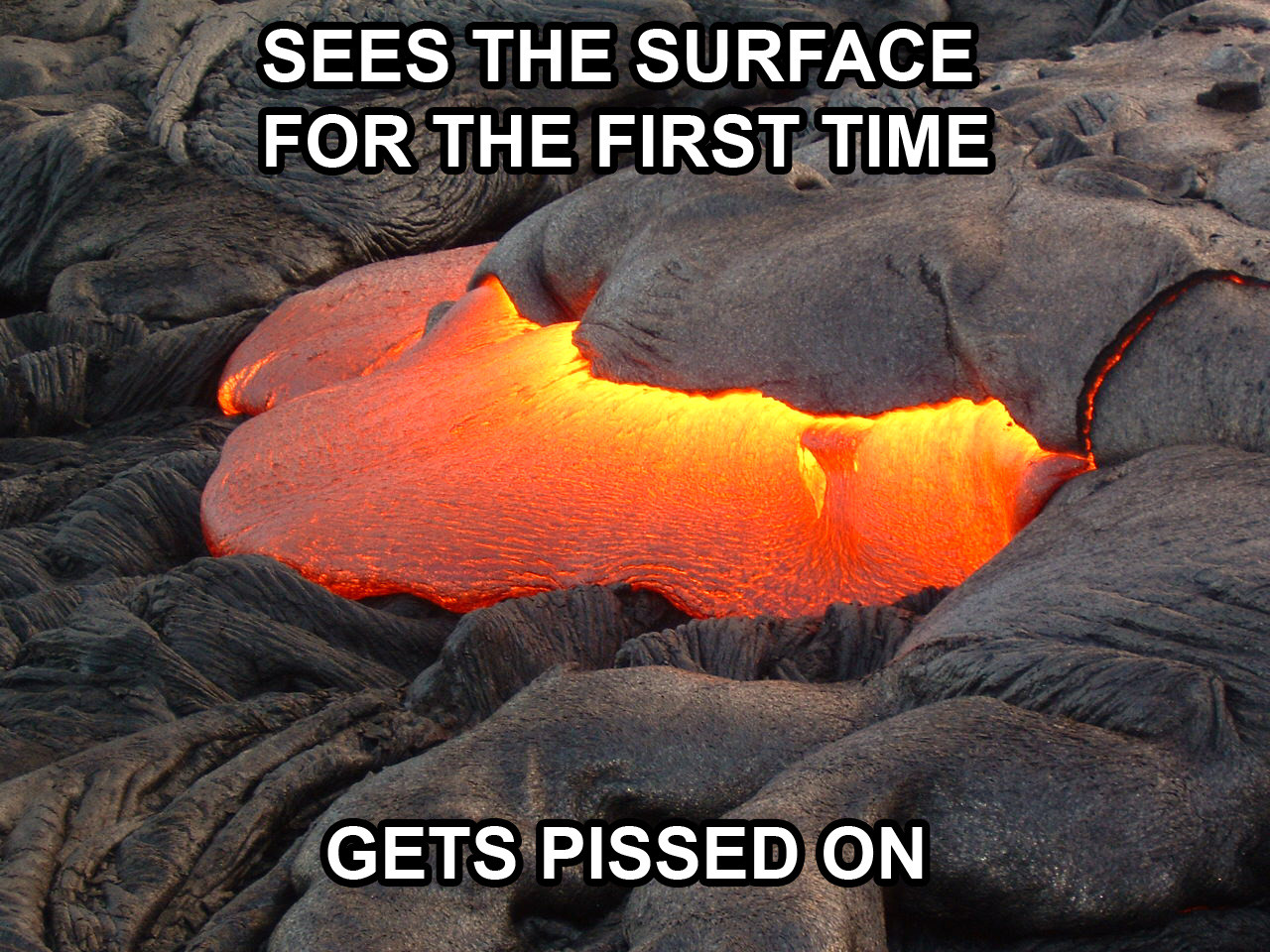 But the question still remains, will there actually be any urine left in the cooled lava? Reddit’s resident science nerd unidan has the answer.

“Just the things that are not lost through evaporation, so a lot of the salts, for example, might be left on the lava!” unidan commneted. “I don’t believe lava is hot enough to melt many of the salts. The vast majority is water, though, so something like over 90% of the urine would not be ‘trapped.'”