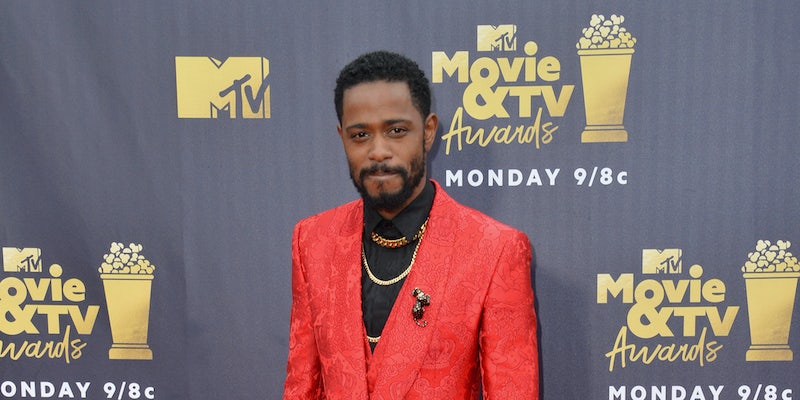 His post addressed the false belief that people are being forced to put something in their body.

LaKeith Stanfield shared what appeared to be anti-vax sentiments in an Instagram post on Wednesday before he deleted it.

In the now-deleted post, Stanfield shared a screenshot of what text on a black background, which read, “No should be forcing anyone to put anything in their body.” The caption accompanying the post, added, “There are always other ways to be safe ☝🏾.”

He doesn’t explicitly mention the pandemic or the COVID-19 vaccine in his post and avoids using specific language to reference either of those things. But with headlines about rising COVID cases, vocal anti-vaxxers, and some governments and businesses mandating that people be vaccinated in order to come into the office to work or go inside of certain buildings, it’s hard not to make the connection.

Many of the commenters made that very connection, meeting his post with a mixture of exasperation and some classic debunking; one person told him that nobody was forcing him to get vaccinated. Screenshots of Stanfield’s post also spread on Twitter.

He was also called out by Wayne Diamond, one of his Uncut Gems costars in the post’s comments section.

“Wrong I love u but ur wrong,” Diamond wrote. “Why kill kids.”

Even after Stanfield deleted the post, the fact that he might be an anti-vaxxer didn’t seem to surprise some people. Others pointed out that Stanfield isn’t a stranger to posting controversial content on social media.

“Lakeith being an anti vaxxer is very on brand,” @tinnkky wrote.

In 2018, he posted a homophobic rap video to his Instagram, which he later deleted and apologized for. A few months ago, Stanfield moderated a chat on the audio-only platform Clubhouse that included many of its participants spouting off antisemitic speech. He later told the Daily Beast that “Any kind of hate speech, I vehemently reject. That’s not up for debate, hate is not up for debate.”