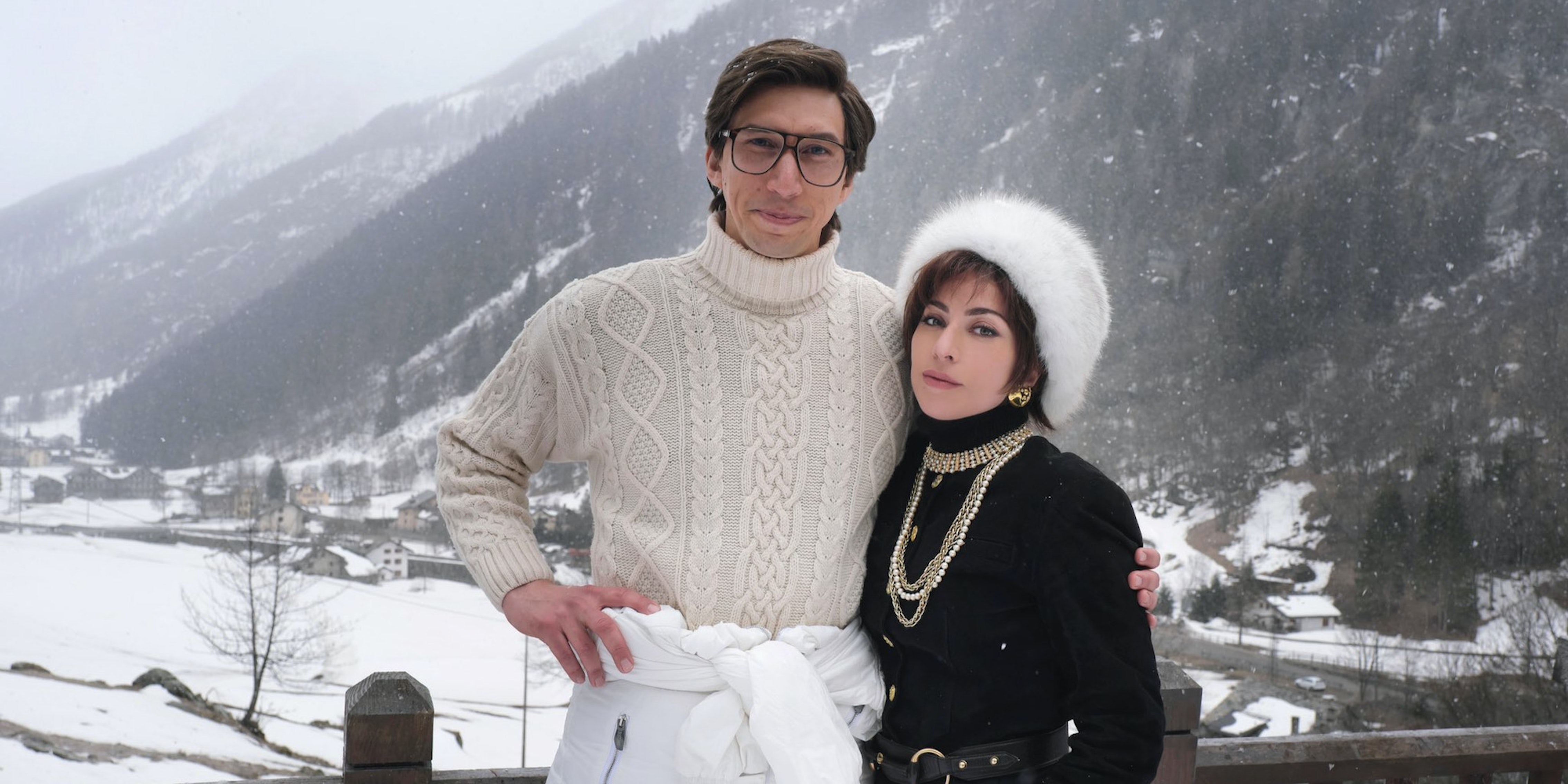 Lady Gaga gave us the first look at her next film, Ridley Scott’s House of Gucci, with a photo that’s sparking a lot of interest and fervor.

If you follow film productions as they’re shooting, you might’ve already seen grainy set photos of Lady Gaga and co-star Adam Driver in lavish costumes while filming House of Gucci in Gressoney, Italy.

But Lady Gaga’s photo, which features her posing with Driver and is captioned “Signore e Signora Gucci” (Mr. and Mrs. Gucci),  shows off all of the detail in the costumes. Driver is donning glasses, a white turtleneck sweater with lots of cables, and white ski pants with the matching coat tied at his waist. Gaga is in all black with flashy gold jewelry, a belt, and a massive white fur hat.

It’s the first official image we’ve seen from The House of Gucci, which is based on Sara Gay Forden’s book that details the murder of Gucci heir Maurizio Gucci (Driver) at the hands of a hitman in 1995 and how, a few years later, his ex-wife Patrizia Reggiani (Lady Gaga) was convicted for ordering Gucci’s murder.

Lady Gaga’s photo immediately went viral. Some of the reasons for that are given, such as Lady Gaga and Driver’s respective fanbases latching onto it and intrigue over the film itself, which boasts a cast that includes Al Pacino, Jared Leto, and Jeremy Irons. But, as it turns out, the photo is the perfect meme launchpad.

Much of the focus was on Driver’s detailed sweater, which includes a turtleneck, several different cables, and ribbing on the neck and wrists (that we can see). Naturally, it brings to mind some other famous cinematic sweaters—especially Chris Evans’ famed white Aran sweater in Knives Out.

Given his involvement in House of Gucci, it was hard to not make crossover memes with Star Wars and Marriage Story.

We’re still a long way out from actually watching The House of Gucci, which is set to be released on Nov. 24. There’s no telling how good it will be, but if there’s one guarantee, it’s that the costumes will be impeccable.