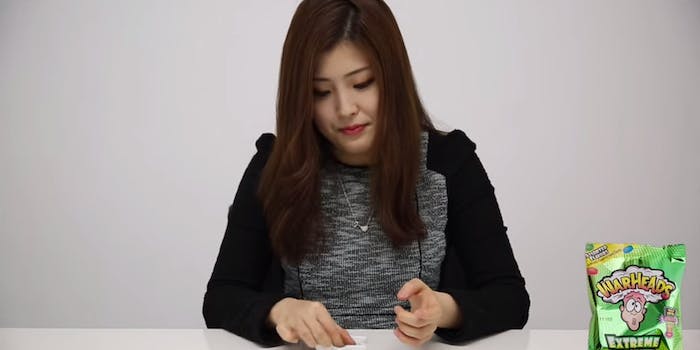 It turns out that the fishes aren't that delicious after all.

Goldfish crackers, Lay’s Salt & Vinegar potato chips, and Rice Krispies treats have been staples of American junk food culture for decades. Most Americans think nothing of spending an entire day idly shoving handful after handful of these snacks into their mouths as they watch whatever happens to be on TV at the moment.

This video of young South Korean girls trying those same snacks is all the proof we need of the cultural divide between America and the rest of the world. These foods are brand new to their palettes—and even to their eyes. Their reactions might be enough to make you reconsider your junk food diet.

“Ah, the smell of artificiality,” one girl says after looking at—and sniffing—a Pop-Tart.

If you have a penpal in South Korea and want to send them a little taste of the States, you should probably avoid your supermarket’s snack aisle.