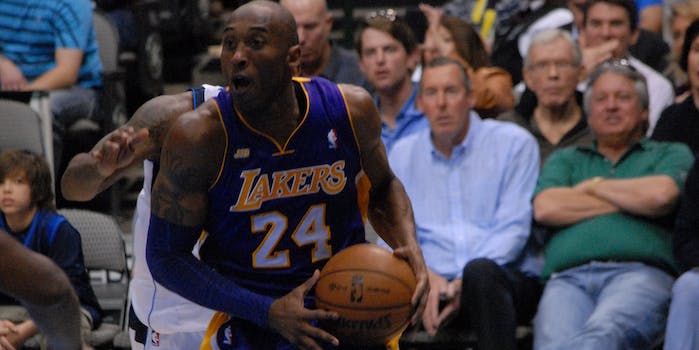 It’ll take Kobe Bryant 100 weeks to reach 500 followers—just under two years. Or, say, the length of a $48.5 million contract extension.

A $48.5 million, two-year contract extension usually means that you’re at the top of your game, and spending every waking hour re-perfecting the art of the effortless fadeaway jumper while locking down a few last legacy championship rings. Unless you’re Kobe Bryant, in which case you are all kinds of broken and that $48.5 million allows you the freedom to focus on the things that matter most: Twitter.

The Black Mamba took to his Instagram account yesterday to announce his latest social media scheme: following five new users a week. Amid a hashtag graveyard, Bryant explains that each new follower must recommend to him one person to follow, and so his list grows until he reaches 500 followers, at which point he deletes all the people he follows and starts all over.

Bryant is no stranger to New Year’s Twitter resolutions—he joined the site just this time last year, tweeting out, “The antisocial has become social #mambatweets.” Those #mambatweets have been comedic gold over the past year: Kobe mocked Dallas Mavericks owner Mark Cuban for suggesting he be amnestied by the Lakers to make room in their salary cap while he recovered from an Achilles tear, took over Nike Basketball to talk about his bathing preferences, and bowed down to America’s queen, Beyoncé.

As of this morning, it looks like the hunger games have already begun. He’s already following four out of his five users for the week—so the time to kiss up to @ThefutureMDR, @Lakerfandiehard, @NBARocksSSTC, or @Amarina27 in hopes of getting them to recommend you is now. No word yet on who will get to play the role of Charlie Bucket as the luckiest fifth follower in Kobe Bryant’s Twitter Factory.

At the rate Bryant is creating this Twitter follow waterfall, it’ll take him 100 weeks to reach 500 followers, which is just under two years. Or, say, the length of a $48.5 million contract extension.