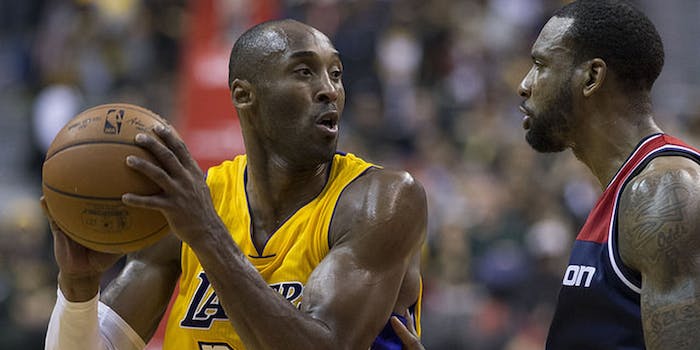 Are these eBay sellers full of hot air?

Kobe Bryant played the final game of his 20-year NBA career last week, and it was a contest filled with pomp and circumstance, plenty of Bryant shots (50 attempts), and a plethora of points (he finished with 60) as the Lakers beat the Jazz.

But if you weren’t at the game, there is still a chance to breathe the rarified air that Bryant exhaled during his finale. No, literally. You can buy and then breathe the air.

As the Comeback reported, the initial bids for the plastic bags filled with oxygen were a reasonable $1. Then it was as if the bidders collectively got high together on nitrous oxide.

Apparently, the price for the bag of, well, something (or nothing) got as high as $15,500 before eBay pulled the auction.

But since the entrepreneurial spirit behind this exercise is such a breath of fresh air in an otherwise soulless world, another enterprising soul has posted a listing of another bag of supposed atmosphere gathered from Staples Center on Bryant’s final evening in uniform. 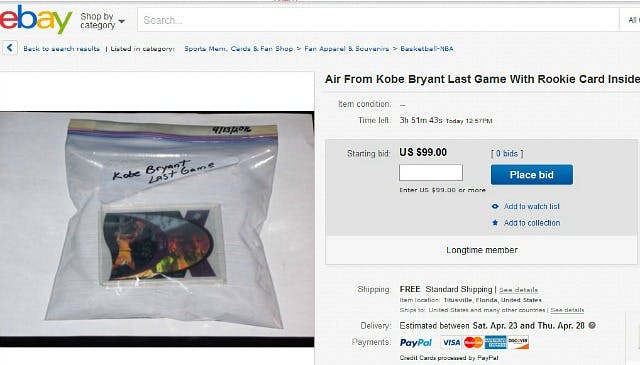 Sadly, as of 10:30 a.m. ET on Monday, nobody had bid in the newest auction. Which just goes to show that people who actually try to buy air are nothing but incompetent villains from a Mel Brooks movie.