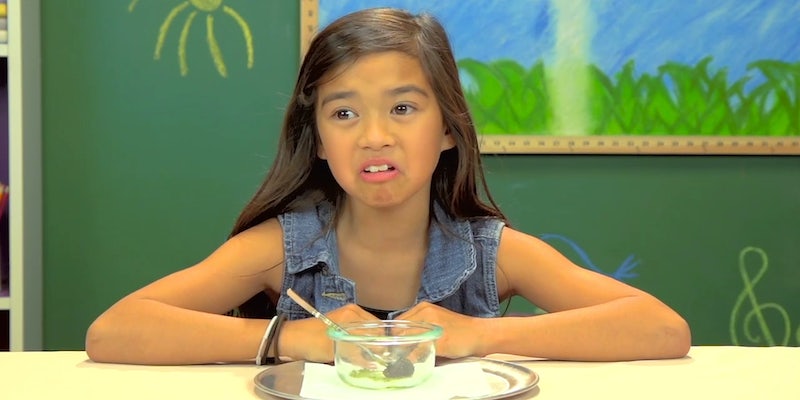 The Fine Bros have carved out a reputation for themselves as the reaction kings of YouTube. From confusing kids with Skip-Its to confusing the elderly with Call of Duty, the online duo and their REACT channel have just about tackled it all.

But just when you think the brotherly duo have tapped the well of things that kids will find absurd and astounding, they serve up a new series called KIDS vs. FOOD. In the latest installment, they’ve gone full Fear Factor by presenting some youngsters with a platter of salty and slimy escargot.

While some knew right away what the slimy grey mounds were, it took others a few minutes to catch on. One connoisseur described the texture as something akin to eating an eyeball, while another spat it out instantly.

So what’s harder? Getting kids to try the exotic French delicacy or getting them to eat their vegetables? You’ll just have to watch and find out.