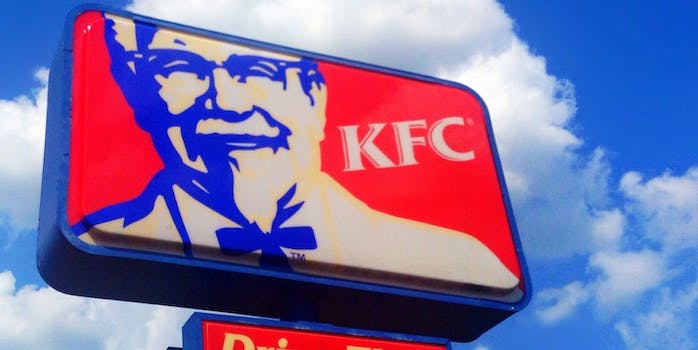 KFC pulled off the subtlest of all Twitter jokes.

When it comes to humor, the internet is good at a lot of things, but subtlety isn’t usually one of them.

So you’ve gotta give props to KFC for creating the subtlest of Twitter jokes and patiently waiting for someone to discover it.

While most fast food chains follow a fairly large mix of other corporate accounts and celebrities (probably hoping for those sweet, sweet mentions) KFC only follows 11 people.

There the joke sat, waiting to be discovered, which it finally was by a guy named Mike Edgette.

Obviously, people lost their goddamn minds about it.

Although Wendy’s seemed a bit hurt.

Just realized they weren't following back.
Rude.
Good joke though.

What did you expect Wendy’s? They aren’t even following Taco Bell and those guys are roommates.

The only thing that would be better than this is if Chick-Fil-A only followed God.

I'm coming down to help you all out just as soon as I start existing.

But they don’t. Turns out, oddly enough, they only seem to follow themselves.

There’s probably a metaphor in there somewhere.