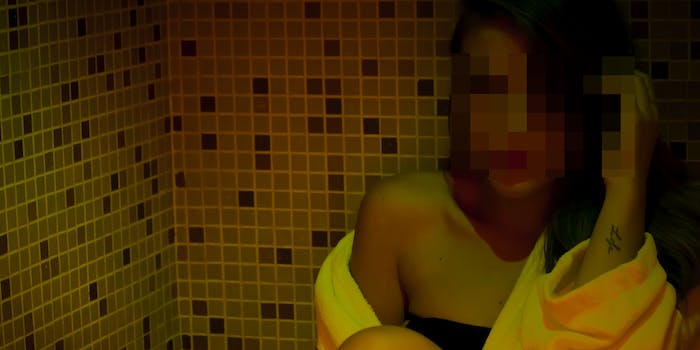 According to a statement issued yesterday by California’s Attorney General Kamala Harris, the arrest came after a six-month investigation into the site by California’s eCrime unit:

“Ballaert allegedly told investigators, according to court documents, that he made around $900 per month from advertising on the site and records obtained from his changemyreputation.com PayPal account indicate that he received payments totaling tens of thousands of dollars.”

Bollaert had been operating the site since December 2012, and in the past year, the site had amassed more than 10,000 photos. The content submitted was often from men and women looking to shame or get back at exes, and those submitting had to provide personal details, including name, age, location, and a link to a Facebook profile.

The site’s content featured mostly sexually explicit photos of women, some of them minors at the time of posting, who had no idea their nudes were on a website. They faced subsequent harassment and threats, according to court documents that detailed emails to the site, begging for photos to be removed. Some women had to get restraining orders. As these types of sites become more widespread, women have had to take matters into their own hands.

Bollaert was being held at the San Diego County jail on $50,000 bail, but was released last night. He told San Diego’s KFMB that he doesn’t feel he’s committed any crime, and that “I just don’t want to be involved in that kind of website anymore.”