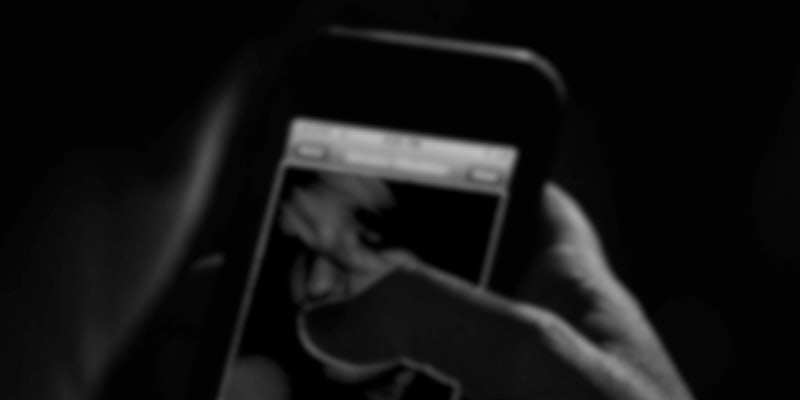 If someone shares explicit photos of you without your permission, these are your options.

After numerous lawsuits, public scandals, and criminal charges, some U.S. states are starting to tackle the problem of online “revenge porn”—nude photos posted without the victim’s permission, often by an angry ex-lover.  But laws or no laws, Internet revenge is a tricky thing to prosecute, thanks to a loophole that states use to penalize victims who may have taken the very photos used to smear them.

Luckily, if you’re the target of this kind of Internet revenge, you do have ways to fight back—just not the ones you might think.

But when someone shifts the blame to me, do you know what I say? I say, “Congratulations, because that’s exactly what the perpetrator wants you to think.  He wants you to think I am a dumb whore who makes poor decisions.”

According to privacy analysts and lawyers Sarah Downey and Thomas J. Mihill, protecting yourself against online privacy invasion is a complex, tricky process. It’s not as simple as retrieving a stolen picture, or having a single website taken down. As Mihill put it, “To some extent, protecting your intellectual property means keeping your intellectual property to yourself.”

To put it bluntly, there are no take-backs on the Internet.

Instead, the list of websites where a photo can be posted anonymously or with an untraceable email account is virtually endless. Laptops or smartphones can be hacked or compromised, and their contents shared with the world before the owner even realizes what’s happened.

Even depending on the kindness of real-life strangers can be tricky: Downey cited examples of customers who’d brought their computers to Best Buy’s Geek Squad, only to discover that Geek Squad members had peeked through their personal photo collection and in at least one incident, allegedly posted the pictures online.

As soon as she tried to find and locate the perpetrators, Downey ran into the biggest obstacles that most people face when they seek to reclaim what the mysterious hooded figures of the Internet have stolen: It’s very easy to duplicate and upload a photo to a website. It’s considerably harder to track down all copies of those photos, then locate the website owners, and force them to give the items back. The time, effort, and money it costs you to find a website and locate the owner is enormous compared to the number of copies of files that a motivated abuser can create and disseminate.

Often, the only known contact for such a website is an unknown email address from a third party with no reason to answer your distress signal.

Downey grouped photo-hosting websites into a group of similarly themed “reputation-destroying” sites—some of which might surprise you. Sure, sites that enable illicit photos are bad, but what about review sites like Yelp, Rate My Professor or I Hollaback?

Sites like these begin with the best of intentions, but to someone unfairly accused or demonized on them, they can be just as damaging as any dispenser of illicit content. So, too, can “confession” sites where names are named.

Websites to Watch Out For:

Learn How to Game Google

Gaming Google and other search engines is your single best offense against what can seem like the overwhelming power of a reputation-destroying image or piece of information. But it can work. And it works for anyone, whether you’re trying to bury a damning photograph or just trying to make sure potential employers don’t find flame wars or other controversial pieces of your Internet history.

When you game Google, instead of trying to take away information, you want to put more information out there, and you want to make sure it comes up first when someone searches for your name. If you’re a naturally private person, this might take a bit of confidence-building, but it’s worth it.

Here are some tips:

1) Flood Google with your social media presence.  One quick and easy way to push nastiness to the second or third page of Google is to use the many free social media tools out there to build an online platform or social media brand for yourself. In addition to increasing your professional image, Google’s search algorithm will prioritize sites like these and make sure they get pushed to the top of the list.

3) Google bomb. The “Google bomb” is an outdated tactic formerly used by trolls to push a specific site to the top of a search engine result—but it can still help you tell Google what sites are important. Frequently search your name and then “boost” positive results by clicking on them. That way, you can teach Google to associate searches for your name with the good sites rather than the bad ones. Have your friends chip in for maximum benefit.

You won’t always be able to bury the work of a determined harasser or abuser, but you can make sure that new information proliferates, rises to the top, and makes it harder to find the damning stuff.

Of course, you might still want to go after the malicious content, and remove as much as you can. In that case, it might take some time, but you do have options.

1) Assess the damage and document it. In the event that you decide to take legal action, you will want to document as much as possible of the incident. Be prepared to record website URLs, take screenshots of websites, and keep copies of any and all email correspondence.

2) Try to find a real person behind the labyrinth. It takes some work, but it is often possible to contact the owner of any domain, or the company that hosts the offending website.  Use a whois search to look up the ownership details, if possible. Try not to fixate on the website itself, but rather try to find out who owns the ISP host that services the domain. While a domain owner may be negligent, ISPs have to comply with rules and regulations, and it may be easier to find a human being behind the business.

Persistence pays off: when contacting an ISP or domain owner about taking down materials, be aware that you may have to be aggressive in pursuing a response and demanding action on their part.

3) Use Google’s URL and cache removal tool. Even if you can’t get the website itself removed, you can request to have the page deleted from Google’s search engines. This is done with the URL removal tool. Additionally, you can request a cache deletion. Often, for a short time after a post has been removed from the Internet, a search engine will archive a cache, or saved copy, of the website you’re trying to have deleted. To make sure no one can save a copy of the saved copy, you can ask the search engine to remove the cache.

If you can get the original site taken down, Google’s URL removal tool will work faster. Otherwise, you may have to bring a court order to the search engine to get its attention.

When claiming intrusion upon seclusion, you need to focus on proving four things: an intentional, offensive invasion of a private context that caused mental anguish or suffering.

If all this seems like daunting or overwhelming work, just remember to take it one step at a time.

Downey has also published a handy guide to deleting things if you run into any brick walls or get stuck along the way.

1) Password protect everything. Choose quality, complex passwords. You can even lock all your passwords with secure password managers and tools. For your computing and online logins, you might consider two-factor authentication—using logins that require more than one form of proving your identity.

2) Boost your antivirus and other malware protection programs. The more up-to-date your computer security, antivirus, firewalls, and other protections are, the harder it will be for hackers to install malicious software on your system. As Downey put it, “The goal is not to prevent hacking. The goal is to make hacking as difficult as possible.”

3) If you have pictures and other important content to keep safe, encrypt it. Online encryption sites are often free and easy to use.

4) Share pictures responsibly. If you’re going to share racy photos, don’t include your face, and always take the picture yourself so that you will unquestionably be the copyright holder of the picture. If you do upload a picture to share, use a temporary host like Snapchat that take steps to prevent pictures from being saved or copied. (But be aware that even these services are far from foolproof.)

Most of all, though few things may seem worse than having a permanent reputation-tarnishing item floating around on the Internet, out of your control, don’t get discouraged. For most people, even damaging content can and will sink to the bottom of the Internet where it belongs, given enough time. While you may not ever be able to erase the evidence, you may find yourself doing what Wells and Downey both did, and taking greater control over your digital persona and the things people find when they google you.