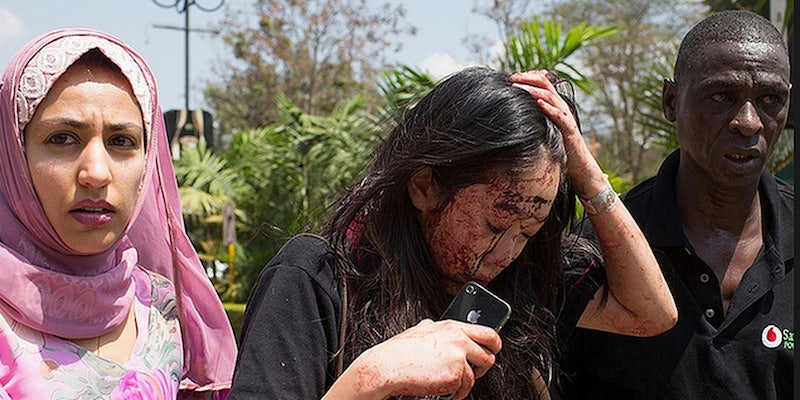 Twitter users in the country are employing the hashtags #WeThePeople and #WeNeedAnswers to mark the conversation.

In the long echo of the terrorist shooting in Kenya’s Westgate Mall that have left at least 72 dead, the country, among the most wired in Africa, is starting to raise serious questions.

It wasn’t just the terrorist group Al Shabaab who went online to discuss the shootings and what they meant. Sometimes it seemed all of Kenya was there. And many were demanding to know why the government was not providing answers.

Eventually, a group of Kenyans started combing Twitter for just those sorts of demands. Nairobi mobile developer and entrepreneur Simeon Oriko, community lead for the Open Institute, put them together in a crowdsourced Google document. He decided that 85 were enough, which may give you an idea of just how many Kenyans were voicing their displeasure in the first place

Here’s a sampling of the questions:

“What of reports of at least one terrorist escaping from Westgate? Amb Amina Mohammed in her Al Jazeera English interview suggested some might have hidden among hostages and escaped.”

“Who owns the Westgate Mall building? Have they been taken in for questioning?”

“If the delay in using brute force to overcome the gunmen by Sunday morning was because there were hostages whose lives the authorities wanted to save, how many hostages have been saved since Sunday Morning?”

The document itself has become a way of discussing the apparent reticence of the government to be forthcoming. Twitter users in the country are employing the hashtags #WeThePeople and #WeNeedAnswers to mark the conversation.

Kenyans have united behind another crowdsourcing initiative: fundraising for the victims of the attack. So far, using Kenya’s native M-Pesa mobile money system, they’ve have raised $625,000.