As Syria crisis worsens, Kenneth Cole wants you to think about ‘#Footwear’

The fashion mogul tweeted, “‘Boots on the ground’ or not, let’s not forget about sandals, pumps and loafers. #Footwear”

“Boots on the ground” or not, let’s not forget about sandals, pumps and loafers. #Footwear

Cole had previously caused Twitter controversy in 2011 when he suggested that the political unrest in Egypt was as a result of his spring collection. He also twisted the gun control debate to be about the “right to bare feet,” a lame attempt to promote his shoe line. 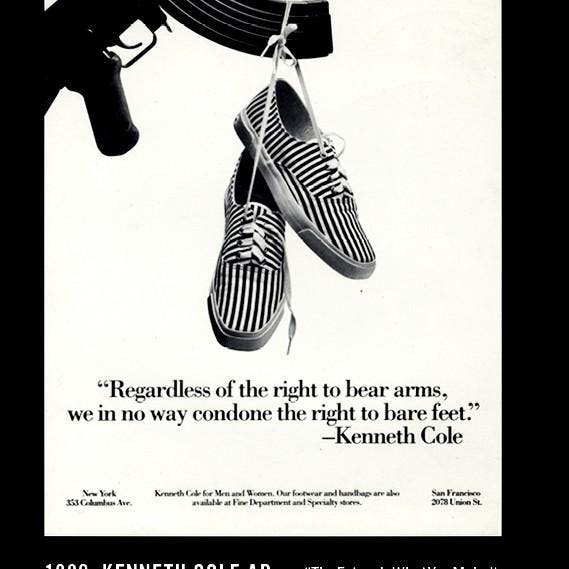 His latest tweet is already drawing ire as the situation in Syria becomes more and more bleak, and the threat of official U.S. intervention looms.