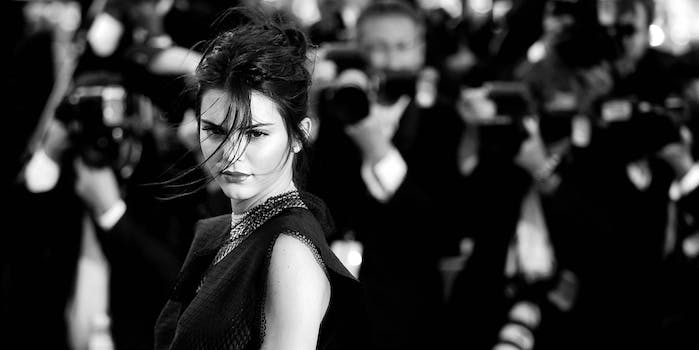 Kendall Jenner’s ridesharing woes are finally over. Let’s all rejoice over the fact that the model passenger, who was unceremoniously banned by Uber, has instead been picked up by Lyft.

As the Daily Dot previously reported, Jenner ended up out on the town last Friday with Kim Kardashian as her chauffeur after being unable to use Uber. According to the company, the ban placed on Jenner was issued in error and something that would be resolved imminently.

That same weekend, Jenner posted a photo to Instagram showing her hailing a cab. Badly. Luckily Lyft stepped in and reportedly offered her free rides for a year. Because we can’t have Jenner striking a pose and expecting a taxi to stop. That’s just cruel.