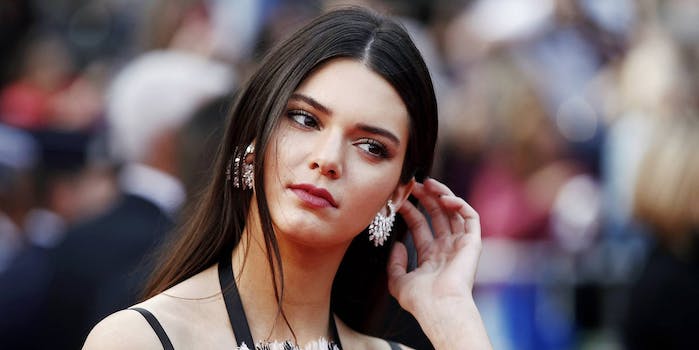 After being banned by Uber, Kendall Jenner gets chauffeured by Kim Kardashian

How was your Friday night? Did you turn up and do it big like this guy? Maybe you had a relaxing evening at home. If you’re Kim Kardashian, you got roped into carting your kid sister around because she’s inexplicably banned from Uber.

Ugh I have to drive @KendallJenner around tonight bc she's banned from Uber! Why @Uber?!?! She's a "model" passenger!!!!!

Kendall Jenner would go onto chill at Italian hotspot The Nice Guy an another restaurant, Craig’s, before her and Kardashian set off for Kanye West‘s Famous art exhibition. That’s not a bad Hollywood run, though Jenner apparently would rather have been shuttled to all three spots by some random Uber driver than her own sister.

It was initially unclear why Jenner got banned by Uber. Drivers indeed rate passengers, so maybe it was poor ratings that sunk her. According to the company’s code of conduct, aggressive behavior as well as doing drugs are among the few things explicitly frowned upon. The Daily Dot reached out to Uber for comment and found out that Jenner didn’t do anything wrong but rather that it was a “minor account issue that’s being resolved.”

There goes my theory that Kardashian was just throwing her sister under the Uber Black sedan in order to make a glorified dad joke. At least this means the “‘model’ passenger” quip may be the first and last time we see Kardashian toy with humor.