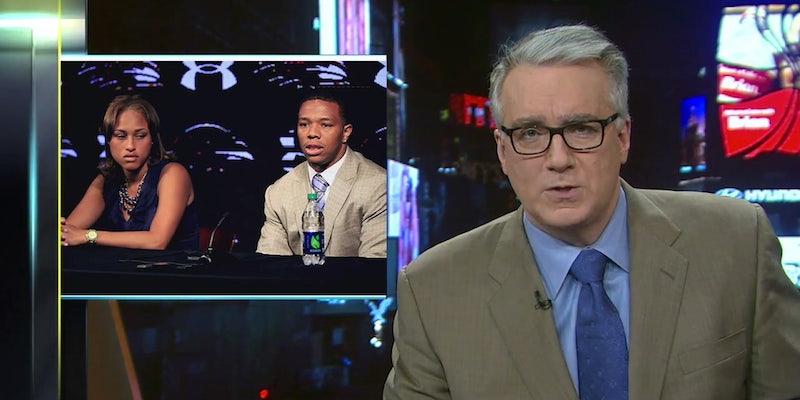 More details have come out of NFL Commissioner Roger Goodell's meeting with Ray and Janay Rice, and Keith Olbermann is furious.

Last week, Keith Olbermann and several other journalists called out the NFL for leniency on suspending Ray Rice for two games for hitting his wife, but now that more details on how NFL Commissioner Roger Goodell actually handled the case have come to light, he’s furious.

Olbermann’s comments, in a video that’s since gone viral, emphasized to the women watching that the sports world is not a safe or friendly place and that it’s rampant with sexism; he even called out himself for making sexist comments toward women at one point.

Now details have come out regarding the meeting Rice and his wife Janay had with Goodell and four other higher-ups with the Baltimore Ravens and the NFL, where she told them that the attack was a one-time event and that tough sanctions would only “ruin Rice’s image and career.”

In any other circumstance, Olbermann argued in his latest video, Goodell would’ve gotten fired or at the very least, removed from the case for allowing Rice and his wife to speak in the same room. And the NFL then applauded themselves for taking action.

“Anyone with any experience of domestic violence knows that the easiest way to suppress the truth is to force the victim to tell the story in the presence of her attacker,” he explained. “It’s why there are laws in all kinds of assault cases preventing such hearings.”