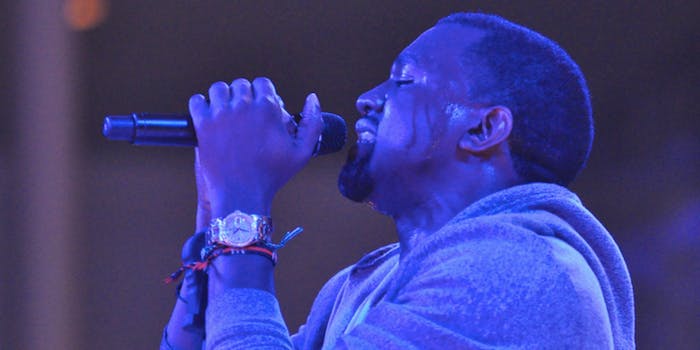 When you’re as big as Kanye West, you can take anything personally. Even a casual tweet like this one, from fellow notable rapper Wiz Khalifa:

Hit this kk and become yourself.

Those familiar with Wiz’s predilection for marijuana—or those who have a similar habit themselves—may recognize the term “kk” for what it is: a strain of weed.

Kanye, meanwhile, was in the midst of a Twitter frenzy as he announced (and and live-retooled) his new album, now tentatively titled WAVES instead of Swish, boasting all the while of its limitless promise.

Perhaps it’s the adrenaline that accounts for what happened next. 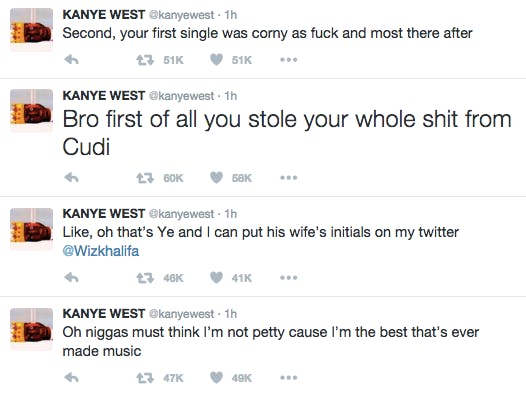 Yes, Kanye was apparently so tightly wound about his forthcoming masterpiece that he mistook a completely chill stoner tweet as a potentially lewd joke about his wife, Kim Kardashian.

At least, that’s what it looks like. There’s always the slim chance Khalifa was being extra-shady with a double entendre, but odds are he was way too high to pull off something like that.

KK is weed fool. Reason's why your not wavy. Go bacc to Swish. https://t.co/7OT4xiQa5V

No matter: Kanye unleashed his full fury in tweets that he later deleted. 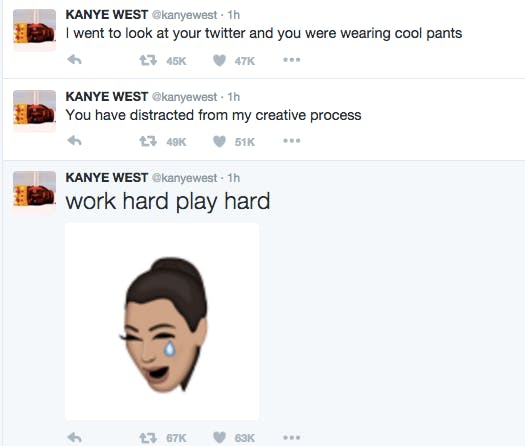 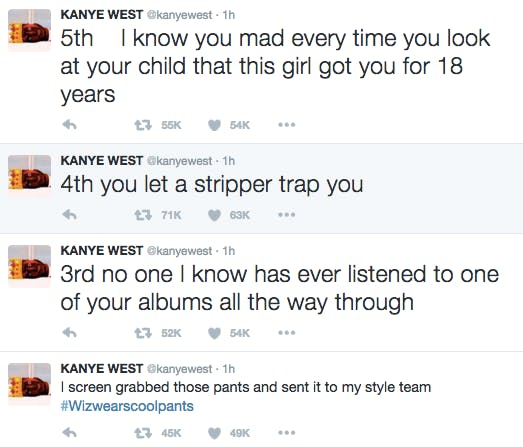 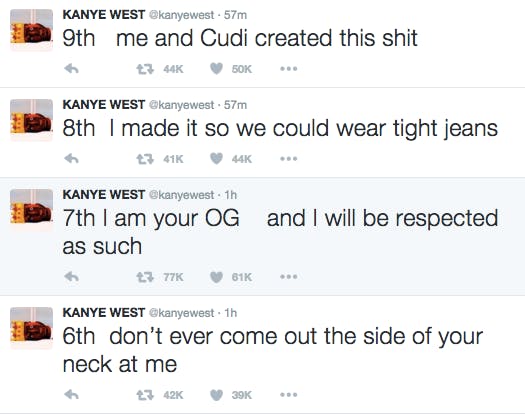 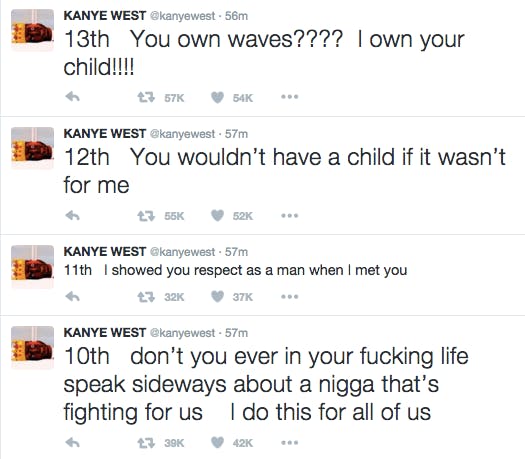 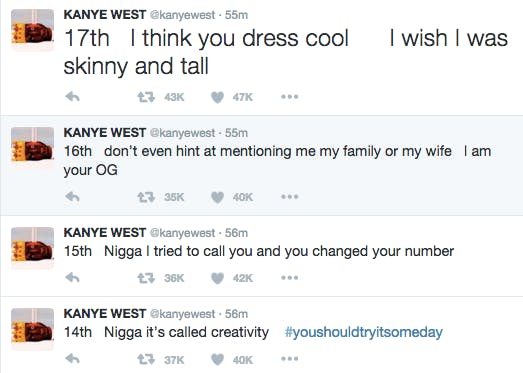 Then, at last, he declared victory. And so did everyone else. 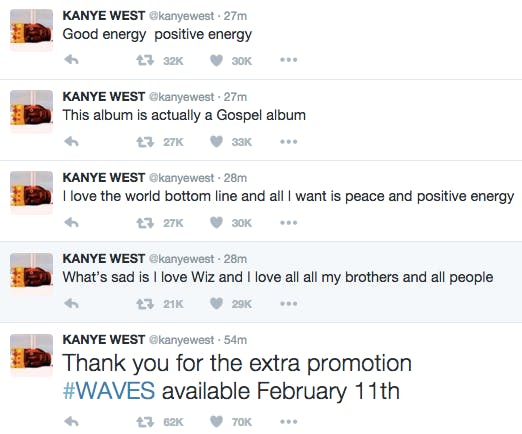 Was this all a giant misunderstanding, or did Khalifa really step to his OG pants master? There’s only one thing that we can say with certainty: Kanye has never, ever, been mad online.