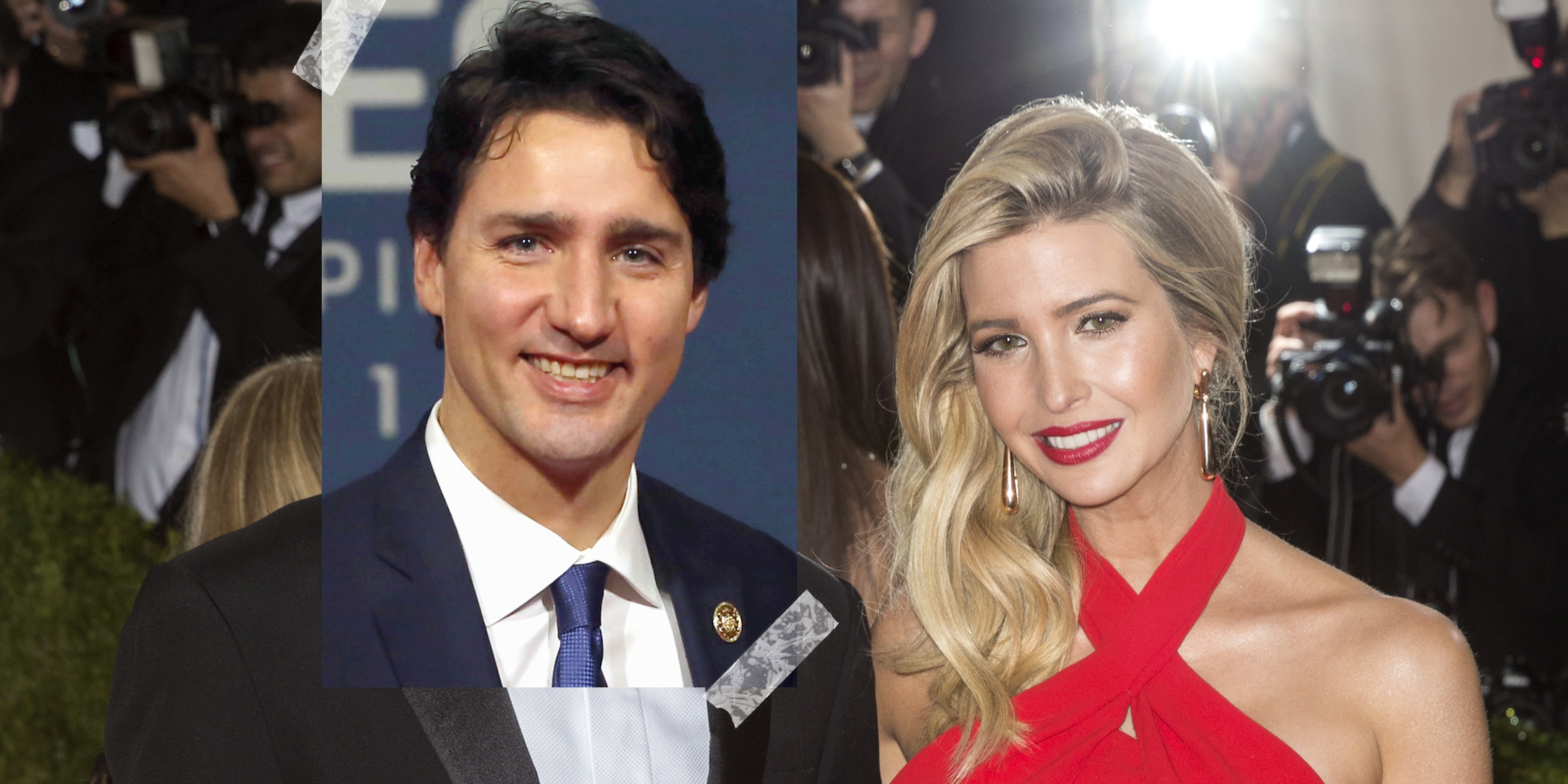 It's doubtful Ivanka is looking to leave Jared, but who wouldn't for Justin Trudeau?

There are certain American allegiances that were once considered unshakable: Great Britain, Australia, Canada.

But, of course, with President Trump in office, nothing is safe. Everyone was shaken after news of a rocky phone call with our Aussie friends, and now, people (OK, me) are worried a modern day Illiad is about to unfold before our very eyes.

Just… hear me out.

Homer’s Bronze Age epic tells the story of Helen of Troy, the blonde daughter of Zeus, considered the most beautiful woman in the world, who married Menelaus, the King of Mycenae.

But then Menelaus and Helen had Paris of Troy and his brother Hector visit the Peloponnese, and Helen fell for Paris. He absconded with her, fleeing back to his walled city across the Aegean Sea.

Helen is known as the face that launched 10,000 ships, and her kidnapping at the hands of Paris brought on the Trojan War. Menelaus recruited Agamemnon and Achilles to sail to her rescue, the start of a brutal siege that concluded 10 years later.

Find someone that looks at you the way Ivanka Trump looks at Justin Trudeau pic.twitter.com/hLcoQCdq34

Look, I’m not saying Trudeau is going to take off with Ivanka, and Kushner is going to order the entire American military to lay siege to Canada. But, like, history repeats itself, man.