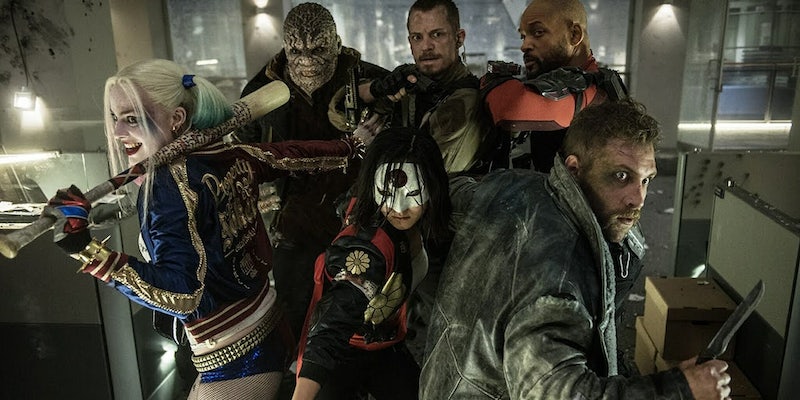 Ever since Justin Bieber posed for a Calvin Klein underwear shoot back in January, there’s been a public debate on the Internet over the former child star’s package. When his goods loomed large in the shoot, many were impressed with its size—at least before reports of Photoshop use leaked. Both a Brazilian model who claims to have slept with the Beibs and his personal trainer spoke up to defend his member—and yesterday, photos that quickly circulated the Web proved them correct. Pictures of Bieber in the nude while vacationing at a private in Bora Bora were allegedly taken with a telephoto lens and without the pop star’s permission.

Justin Bieber looks like a dirty fettuccine noodle in all these nude pictures. i don't understand the excitement.

Overnight, Bieber’s attorney’s sent a cease and desist letter to the Daily Mail, demanding that the photos be removed, but some are already defending their right to exist. Over at Billboard, Malorie McCall speaks with legal experts on the subject—before concluding that celebrities should have no expectation of privacy. Incidents like this are the price of being a public figure; they “just go with the territory.”

This statement reveals the blatant double standard in the reaction of the media—and just about everyone else on the Internet—when it comes to the violation of men’s bodies, not to mention their privacy. Justin Bieber’s private areas were being widely tweeted and joked about by users, and even Bieber’s own father tweeted, “what do you feed that thing [sic].” Over at Jezebel, the take on the whole matter was a tongue-in-cheek take on broach the subject of Justin Bieber’s massive schlong with your significant other. Where’s the outrage?

This statement reveals the blatant double standard in the reaction of the media—and just about everyone else on the Internet—when it comes to the violation of men’s bodies, not to mention their privacy.

Even aside from such considerations, at least one male celebrity, Jon Hamm, has spoken up about the ways in which invasion of privacy affects men. Numerous photos of what appeared to be his family jewels underneath his slacks went viral on the Web, so popular that they even spawned their own Twitter account. “They’re called ‘privates’ for a reason,” the actor responded in a 2013 interview with Rolling Stone. “[W]hen people feel the freedom to create Tumblr accounts about my c**k, I feel like that wasn’t part of the deal.” Despite his wishes to lay off his privates, the Daily Beast actually mocked him for it—posting a photo gallery of his best commando moments.

By and large, female celebrities who’ve had this happen to them are considered victims—and they should be. In what was dubbed “Celebgate,” hundreds of celebrity nudes were leaked on 4chan last year—with the victims’ iPhones and email addresses the target of professional hackers. The celebrities—which were mostly women, like Kate Upton, Kirsten Dunst, and Jennifer Lawrence—were defended. Speaking on behalf of his client, Upton’s lawyer called the breach “an outrageous violation.” Actress Dunst described the situation as “unfortunate,” while Lawrence argued that anyone who looked at her photos should “cover with shame.”

Scarlett Johansson, who was the victim of a data breach in 2012, said that nude photos circulating without her permission left her feeling ”humiliated and embarrassed.” Christina Aguilera, another victim of the same hack, said ”that feeling of security can never be given back and there is no compensation that can restore the feeling one has from such a large invasion of privacy.” The hacker responsible for breaking into email accounts belonging to Johansson, Aguilera, Mila Kunis, and others ended up doing serious time.

By and large, female celebrities who’ve had this happen to them are considered victims—and they should be.

Men seeking out the photos of female celebrities are shamed and referred to as ”perverted and reprehensible,” as Johansson described Christopher Chaney, the Florida man charged with the 2012 hack. Thus, it’s sad that similarly intrusive actions against male celebrities are met with a smirk.

In many ways, passing around naked pictures of a man without his consent isn’t the same as passing around nude photos of a woman. Studies show that women who are sexualized are made to feel more vulnerable than men in the same sexual circumstances—thereby causing greater damage both psychologically and socially.

This is partly because of how we react to the fact nude photos when it’s a woman versus a man. The Frisky responded to Justin Bieber’s leaked photos by praising his “beautiful penis,” but comedian Ricky Gervais shamed the women who were involved in Celebgate by asking what they could have done to prevent it. “Celebrities, make it harder for hackers to get nude pics of you from your computer by not putting nude pics of yourself on your computer,” he tweeted. When women are involved in scandals of this nature, they get blamed for their own victimization in a way that doesn’t happen to men. 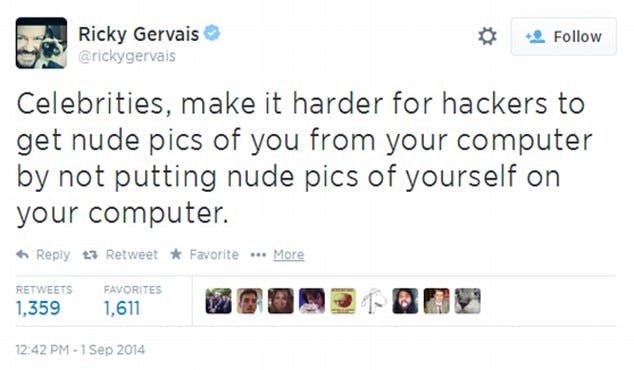 Circulating naked photos is, thus, different for men and women because of our society’s attitudes around sex and bodies—and who those attitudes punish. But when even feminist websites ogle Bieber’s crotch shots with an “if you can’t beat them join them” attitude, we lose sight of the fight.

As Jennifer Lawrence reminded us, it’s more than tasteless; sharing nude pictures without the person’s consent—whether they are male or female—should be considered a “sex crime.” In an interview with Vanity Fair, Lawrence told the tabloid industry and everyone distributing her photos, “You have a choice. … You can do something good. You can be good. Let’s just make that choice… it feels better.”

We all have the same choice. Do we #RespectJustinsPrivacy or are we all just too curious to do what we know is right?

Melissa Petro is a freelance writer living in New York City. She has written for Salon, the Daily Beast, and the Huffington Post. She holds an MFA from the New School, a Masters in Education from Fordham, and a BA from Antioch College.