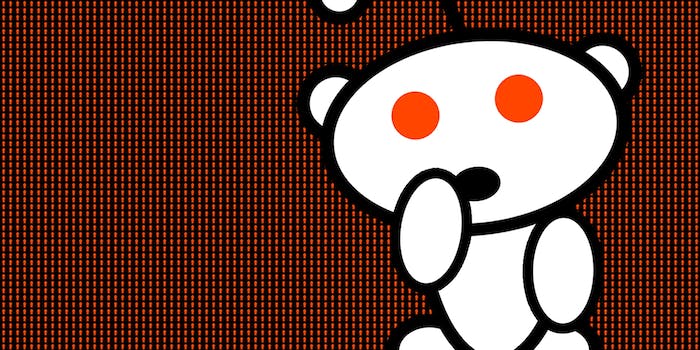 It became fastest-growing community in Reddit history. And it brought the site to its knees.

Celebgate, the massive dump of stolen nudes of Jennifer Lawrence and other A-list celebs, broke Reddit in more ways than one. And a single community, a subreddit dubbed r/TheFappening, sat at the center of it all.

As hundreds of thousands swarmed to drool over hacked images of Kate Upton’s bare chest, the deluge of traffic to r/TheFappening crippled all of Reddit. The leaks also sparked a schism in Reddit’s own administration as the site rode unquestionably deplorable content—including images of underage actresses—to record-breaking traffic numbers. Once it was finally banned, however, r/TheFappening revealed a glaring crack in Reddit’s long-touted commitment to free speech on its pages.

The unofficial home for all the leaked photos on Reddit, r/TheFappening became the fastest growing subreddit in the site’s nearly 10-year history, gaining more than 100,000 subscribers in just 25 hours. On Sunday, however, a Reddit administrator said that hundreds of Digital Millennium Copyright Act (DMCA) takedown requests “from the lawful owners” of the leaked photos forced Reddit administrators to permanently ban r/TheFappening.

One of the people at the center of r/TheFappening is “Bill,” a former top moderator of the subreddit. Bill called the Daily Dot Sunday afternoon to share his thoughts on the subreddit ban, Reddit’s free speech conundrum, and intimate details of what it was like to manage one of the most controversial and fastest-growing forums in Reddit history.

This is the first official interview anyone from r/TheFappening has conducted with the press. Because “Bill” had not consulted with his fellow r/TheFappening moderators, he asked to have his real name and Reddit handle kept out of the story.

Bill was a /b/ troll who decided to one day post the following photo of the My Little Pony: Friendship is Magic character Rainbow Dash. The character has been the subject of at least one sexually charged 4chan-specific meme (NSFW) and a sort of trigger image, posted purely to annoy other users, that results in an outpouring of text vomit. 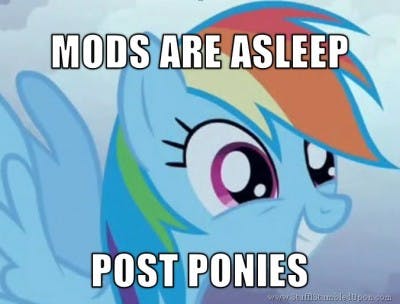 “That pic got me IP banned for two weeks,” Bill told me. “That’s when I started going on Reddit.”

Over the next three years, Bill got involved with a variety of meme, animal, and pornographic subreddits. For the likes of Reddit, Bill was nothing special. That changed on Aug. 31.

“I liked the name and created the subreddit because I saw that it was open,” Bill said. “I was something like five or 10 pages deep in r/all, and I was seeing these pics over and over and over again. When I saw that ‘the fappening’ was what Reddit was calling it, I created the [subreddit].”

Bill made quick work recruiting seven different veteran moderators who had experience managing large subreddits. Over the next day, hardly any of them would sleep.

Thanks to a barrage of posts on /b/ linking to r/TheFappening, the subreddit “had, at its peak, more than 76,000 concurrent registered users,” said Bill, who submitted the photos they found on 4chan and anonIB, another anonymous message board and ground zero for the leaked pics.

The traffic became so heavy at times, longtime Reddit staffer Jason Harve (alienth) wrote on Reddit, that he “had to break r/TheFappening a few times to keep the site from completely falling over, which as expected resulted in an immediate creation of a new slew of subreddits.” 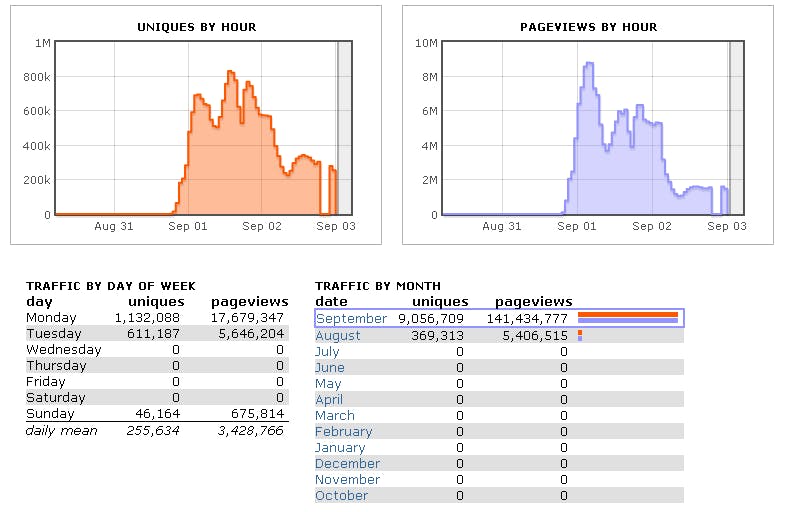 The two most important tasks Bill charged the moderator team with were making sure the submissions were actual links to the photos and not phishing scams, and that the pics abided by Reddit’s official rules. The behind-the-scenes filtration happens in what’s called a “mod queue,” where unapproved posts to a forum resided privately until they are officially approved by moderators to show up on the subreddit

“We got thousands of submissions,” Bill said. “We would clear out our mod queue, and there would be a full page when we refreshed it. And that would be with all mods working simultaneously.”

The most popular photos on r/TheFappening, Bill said, were those featuring Lawrence in a black and maroon bikin.

Hours after r/TheFappening rocketed into existence, Reddit administrators contacted the subreddit’s mods to inform them that r/celebs had voluntarily removed themselves from r/all in order to help clean up the site. They asked r/TheFappening to do the same, and the subreddit obliged. During these correspondences, the moderators were told that all of the leaked photos of Olympic star McKayla Maroney and actress Liz Lee constituted child pornogaphy and needed to be removed. Bill and the team agreed and contend that they had been prohibiting the photos from the forum already.

Then came the following statement from Lawrence’s camp.

“I thought I was about to have a van come pick me up,” he said. “Then I realized that with the Scarlett Johansson leaks, that hadn’t happened to the people posting on Reddit. It only happened to the actual hacker, and I genuinely believe that the hacker who is responsible for this will go to jail.

“But I don’t think that myself or the mod team will be prosecuted simply because we weren’t hosting these links. We were only making sure the links that were posted were in line with the site-wide rules.”

Between Sunday and Monday, r/TheFappening collected 141 million hits. By Tuesday, traffic had dropped by 90 percent, Bill said, because all the leaked photos had already been posted.

With nothing new to share, Bill and the team began approving stories about the leaks themselves. By Saturday, its subscriber count had ballooned to 148,000 and the number of moderators reached 22. Just as the media’s gaze upon Celebgate began to move to the beheading of another journalist by the terrorist organization known as ISIS and a mysterious plane crash near Jamaica, Reddit administrators banned r/TheFappening Saturday evening without any notice.

“While current U.S. law does not prohibit linking to stolen materials, we deplore the theft of these images and we do not condone their widespread distribution,” Reddit CEO Yishan Wong wrote on the site’s official blog.

Harvey elaborated on Wong’s comment on Sunday, with the following explanation, championing Bill and his team for “doing their best to keep things under control and in line with the site rules,” but not being able to do enough:

These subreddits were of course the focal point for the sharing of these stolen photos. The images which were DMCAd were continually being reposted constantly on the subreddit. We would takedown images (thumbnails) in response to those DMCAs, but it quickly devolved into a game of whack-a-mole. We’d execute a takedown, someone would adjust, reupload, and then repeat. This same practice was occurring with the underage photos, requiring our constant intervention.

“I wasn’t surprised, I was disappointed,” he said. “If they had banned us on Sunday, before all this traffic came, I would have understood. But they gave us this week of traffic, 250 million pageviews and 27 days worth of Reddit Gold [a set of advanced tools redditors can purchase for themselves or another user] before they banned us. I feel like the site was unfair to us in that they banned us when their lawyers decided it was a good idea and not that we did anything wrong.

“It’s like the site supports free speech until it’s inconvenient for them,” he added.

Reddit has struggled with the free speech issue since 2011, when administrators shut down the r/jailbait (which featured sexualied yet legal photos of teens) and r/creepshots (featuring suggestive photos of women taken without their consent) after a string of negative press.

Today, r/candidfashionpolice has become far more popular than r/creepshots ever was, with more than 31,000 subscribers who capture and gawk at photos of women snapped in public without their permission. An equally disturbing subreddit with 28,000 subscribers is r/photoplunder, where people post nude photos of women they’ve found on public forums.

“My subreddit was banned because celebs have lawyers,” Bill told me. “The people featured on r/candidfashionpolice don’t have the legal power that Jennifer Lawrence has.”