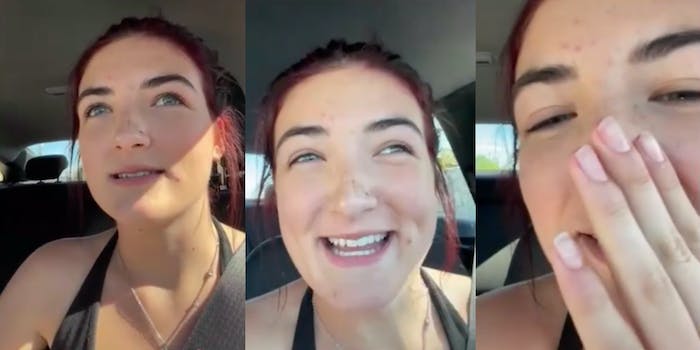 The teenager put Leonardo DiCaprio on blast in a since-deleted TikTok.

The teenage niece of dancer Julianne Hough claimed her aunt told her that she had sex with Leonardo DiCaprio—but that he was bad in the sack.

“My aunt has slept with Leonardo DiCaprio,” the teen, who is reportedly the daughter of Hough’s older sister Sharee Hough Selman, said in a since-deleted TikTok, according to Page Six. “Apparently, he’s not good in bed, though.”

Hough and DiCaprio never publicly disclosed a romantic relationship. However, a 2013 Star Magazine story reported the two flirted at the Coachella Valley Music and Arts Festival that year.

“They were so into each other, they ignored everyone around them,” an eyewitness told the outlet.

In the TikTok video, Hough’s niece reportedly insisted she’s “not lying,” and later added, “You can look it up.”

The teen then name-dropped celebrities she’s met through her famous aunt and uncle, Derek Hough, including Nikki Reed, Nina Dobrev, and Ian Somerhalder.

Page Six was able to find various social media posts that confirmed Julianne Hough and the teen are close. In a 2016 Facebook post, for example, the dancer shared a clip of her niece dancing ballet with the caption, “Proud of my sweet little niece Star … who served her name well! #proudaunt #solo.”

In another 2018 post, the teen shared an image with Mark Ballas, a Dancing With The Stars pro. She captioned it, “Ya I challenged Mark Ballas to a dance off. I’m going to pretend I won.”

Representatives for Julianne Hough and DiCaprio did not return the Daily Dot’s request for comment.