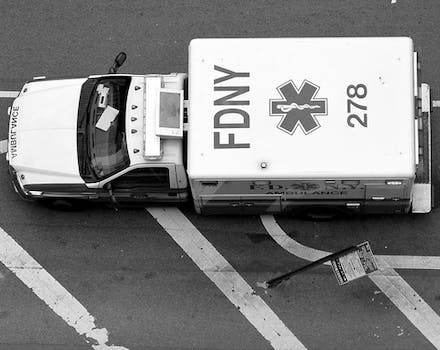 Joseph Cassano, the 23-year-old son of city Fire Commissioner Salvatore Cassano, resigned from his position as a first responder after a slew of offensive and racially charged tweets came to light.

If you’re trying to get a job with the New York Fire Department, you shouldn’t be openly racist and bigoted on Twitter.

That seemingly obvious fact wasn’t apparent to Joseph Cassano, the 23-year-old son of city Fire Commissioner Salvatore Cassano. On Monday, the younger Cassano resigned from his position as a first responder after a slew of offensive and racially charged tweets came to light.

Tweeting as @JCassano15, the now-former FDNY EMT made derogatory remarks about the city’s African-American and Jewish communities, referring to the former as “shwoog” on multiple occasions.

Although the account has now been suspended, a solid sample of tweets was collected by the New York Post, who first broke the story.

In one such posting, Cassano noted that he liked “Jews about as much as Hitler” did.

The EMT also openly ranted about his distaste for his job, a position he took because it tends to be a fast track to becoming a firefighter.

“Got kicked in the shin by a drunk and had to carry a 275 pound guy down 5 flights of stairs… my job is the worst #yearandahalftogo,” read one tweet.

“Getting sick of picking up all these obama lovers and taking them to the hospital because their medicare pays for an ambulance and not a cab,” he wrote on Feb. 3.

Cassano tried to backpedal from his hateful speech, issuing a statement via a FDNY spokesperson in which he apologized for his remarks.

“I regret posting some comments that were offensive, especially since I enjoy my job and treat every patient with great care and respect,” he said.

Unfortunately for Cassano, the apology was not enough. He resigned later that day. The action was confirmed by Mayor Michael R. Bloomberg in a press conference.

“It is my understanding that he has chosen to resign from from the Fire Department and I think that’s the appropriate thing and I’ll leave it there,” Bloomberg told news outlets.

Cassano becomes the latest in a long line of individuals who have been forced to be held accountable for their social media behavior. The same day he resigned from his position, a man was convicted and faces up to 10 years in prison for making threats on President Obama via Twitter.