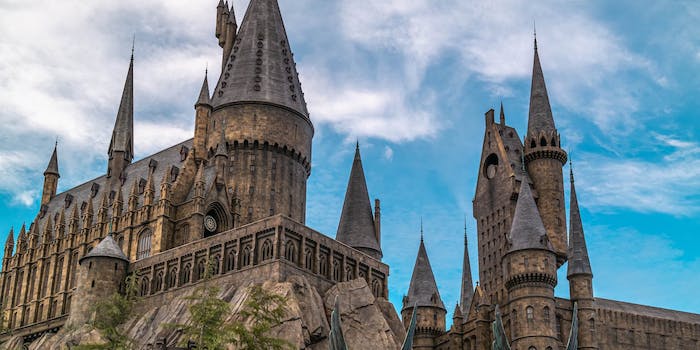 Japan and Korea get one school?

J. K. Rowling is getting called out over racism again on Twitter. This time it’s about the names and locations of her international wizarding schools.

Using a fan-created map that is significantly easier to read than the official one, Twitter user @gayrauder asked people to reply with where in the world they’d go to school. The responses, with many users appearing to encounter Rowling’s take on global magical education for the first time, were less than positive.

Many found the placement of the schools disturbingly Eurocentric. While Europe has four separate schools, the two most populous countries in the world, India, and China, (who between them have 36.17% of the world’s population), share one between them and several other countries. Africa. meanwhile, only has one formal school covering the entire sub-Saharan region (there are apparently a handful of small local schools which “are hard to keep track of”).

On top of that, the combination of countries she decided should share one school is horrifying—or at least deeply weird.

Some Harry Potter fans from Cuba, The Caribbean, and Mexico weren’t entirely happy that Rowling placed them with the American school instead of Castelobruxo in Latin America. While they may technically be part of the North American continent, culturally and linguistically speaking it doesn’t really make sense.

Then there’s the idea that Japan and Korea would share one school, located in Japan no less—something which has deeply troubling implications given the two countries’ history.

Even within Europe, it gets ridiculous. For some reason, the UK only has to share a school with Ireland (which is a problem in and of itself) while the rest of Europe has to split three between them.

It’s still better than the rest of the world, of course, but it feels a bit disproportionate. As Twitter user @microwave_steak points out, the size of the population served by Hogwarts is only 66 million to Beauxbatons Academy of Magic’s 157 million, which is small fry to the 3 billion covered by School Number Ten in South Asia.

The language issues alone would be incredible. While both the UK and Ireland do have English as an official language, none of the other regions covered by one school share a common tongue. Sub-Saharan Africa alone has twenty-four official state languages, and over a thousand that are actually spoken in daily life.

Bizarrely, there also doesn’t seem to be a Spanish-speaking school despite it being one of the most commonly spoken languages in the world. The only school in Latin America is located in Portuguese-speaking Brazil, while European Spaniards go to Beauxbatons.

People are distinctly unimpressed by Rowling’s use of language herself here, particularly in naming the schools in the world outside of Europe and North America. While the European Schools got vaguely interesting names, the Japanese and Korean school’s name roughly translates to “magic place,” while the Latin American one means “wizard castle”.

But worse is the fact that she actually didn’t name the schools serving MENA, most of Asia and Oceania, calling them Schools Number Nine, Ten, and Eleven instead. Which makes it seem even more egregious that she hadn’t assigned a reasonable number of schools to those regions. After all, if you’re not going to name or flesh them out, there’s no reason not to put a few more in.

All in all, the verdict on her world-building is distinctly negative.

With a lot of Twitter users calling it an example of colonialism and “everything that’s wrong with the English world view into one map.”