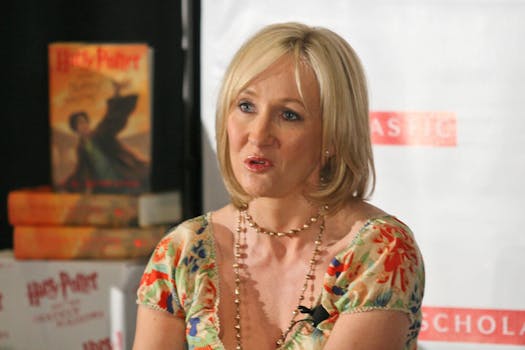 J.K. Rowling is getting roasted again for a tweet supporting a transphobic researcher

People are upset but not surprised.

After a lengthy Twitter absence, Harry Potter author J.K. Rowling returned today to tweet her support for transphobic researcher Maya Forstater, and affirm her own belief that assigned sex is real and immutable.

Dress however you please.
Call yourself whatever you like.
Sleep with any consenting adult who’ll have you.
Live your best life in peace and security.
But force women out of their jobs for stating that sex is real? #IStandWithMaya #ThisIsNotADrill

“Dress however you please. Call yourself whatever you like. Sleep with any consenting adult who’ll have you. Live your best life in peace and security. But force women out of their jobs for stating that sex is real?” Rowling tweeted. She equates gender with assigned sex and reduces trans people’s gender identities to a kind of performance.

Harry Potter and the Wrong Side of History (2019) pic.twitter.com/PRw9heyQAK

Forstater, whose contract with an international think tank wasn’t renewed after she expressed transphobic sentiments on Twitter, lost her case with the employment tribunal. The judge ruled that her beliefs about gender did “not have the protected characteristic of philosophical belief.” This result has spawned several hashtags on Twitter, including #IStandWithMaya and #ThisIsNotADrill by people who share her transphobic beliefs and defend her actions. These Twitter users also declare the judge’s ruling a threat to freedom of speech and women’s rights in general.

Several Twitter users claim that Rowling’s tweet misrepresents what the case was about to the point of gaslighting, as it casts Forstater’s case as one of freedom of speech when it was really an attempt to grant transphobia protected status under the law in the same way that religions currently have in the UK.

Don't let the narrative about this be

"JK Rowling in internet spat about whether trans women are women"

This is "JK Rowling stands with woman who lost court case about her choice to be abusive towards trans people in her workplace, so her contract was not renewed"

Also, It is both a scientific and medical fact that intersex individuals do exist and gender is not as binary as mainstream society is set to believe. There have been documented cases of patients born with genetically male 46 XY karyotype who have gotten pregnant and gave birth.

Rowling has a long history of liking transphobic tweets and then answering evasively when questioned on it, seemingly trying to express support for the TERF movement without losing the support of her fans who oppose them. However, this tweet and its contents are unequivocal in their support of the TERF position, and Rowling won’t be able to back down from it by saying she “had a middle-aged moment” and liked the wrong tweet as she has in the past.

1. JK Rowling has always been a terf, but just admitted it out loud
2. do NOT show your support for trans people by quoting JK Rowling of all people, jesus fucking christ pic.twitter.com/W9j0tCIZV7

JK Rowling has always been a TERF so I don't know why people are acting shocked???

I don't want to retweet JK Rowling ever but let's be clear: if someone tells you what gender they are and you ignore it and pretend they are another gender then yes that is workplace bullying and there is something incredibly wrong with your basic interaction skills.

While many are saying that Rowling’s views have been obvious for a long time, others are reeling from this revelation and saying it’s the final nail in the coffin of their fandom.

I know a lot of my followers on here hate them, but I LOVED the Harry Potter books growing up (& as an adult). They transported me away to a world of magic and acceptance, and they will always have a special place in my heart. But JK Rowling is a disgusting TERF. Call her out.

As a Huffleclaw, I can not condone the batshit crazy views of @jk_rowling. So I'm going to think 2x about how I spend my $ towards Harry Potter in the future. Winky, please remove her portrait from the Headmaster's office and go put her IN Mrs. Black's portrait permanently! pic.twitter.com/wkrESqIDmt

If I were @jk_rowling, and I saw the people who are cheering that statement, and the nasty, cruel victory laps they are taking, I would seriously reconsider my position. When you make that many vile people happy, lauding you for “saying something sane at last,” it’s a bad sign. pic.twitter.com/wb8aul0fXp

Did Dolores Umbridge write this?

Meanwhile, other Twitter users are out here reminding disappointed fans that there are other beloved young adult authors who not only haven’t come out with transphobic statements but actually feature LGBTQ+ and other marginalized characters in their work. Suggestions include K.A. Applegate—author of the Animorphs—Rick Riordan, and Tamora Pierce.

while JK Rowling is off TERFing it up, KA Applegate has been over here, calmly stating "all war is bad," "overthrow unjust governments," and "trans rights"

Thanks. Yes, I had the crazy idea that I should write as if POC and gay and trans people actually existed, though I was behind the curve on trans characters til some kid on Twitter asked me about it. Also have not done a good job with disabilities. Working on it.