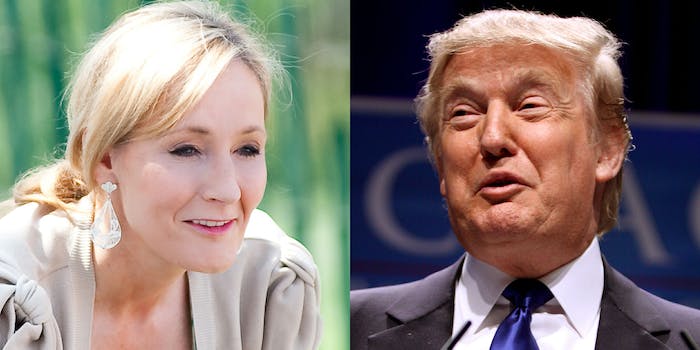 J.K. Rowling just hit Trump with the sickest burn of his presidency

If there’s one argument President Trump supporters have used whenever the masses object to some of his actions, it’s that the president is operating on a different plane. Three-dimensional chess, they call it. Trump is making moves over the heads of people who can barely even see the board.

Were his inflammatory comments this week part of a long con to unite the world?

Well, after seeing this chryon from CNN, longtime Trump foil J.K. Rowling sure seems to think so.

Unbelievable. He actually did bring the Middle East together. pic.twitter.com/miP9MyVLsS

Now, did he bumble his way into success, or is he really a master of the game?

We will never know.