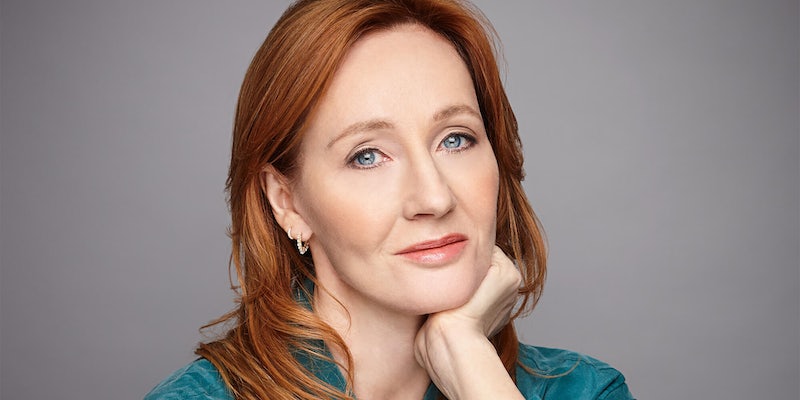 She's giving it away for free online.

J.K. Rowling is publishing a free children’s book for people to read during lockdown, but to be absolutely clear, it has nothing to do with Harry Potter. Titled The Ickabog, she wrote it many years ago – while she was still working on the Potter books, in fact—but it remained in a box in her attic for over a decade. Now she’s dusted off that early draft, and it’s finally going to see the light of day.

“I came to think of it as a story that belonged to my two younger children,” Rowling wrote on her blog, describing The Ickabog as a “happy family memory” because she used to read it out loud to her kids. Then a few weeks ago, she decided to share the story with the public, joining a growing number of writers and artists helping to keep people entertained during lockdown.

The Ickabog, “a story about truth and the abuse of power,” will be serialized online between May 26 and July 10, with a couple of chapters arriving each weekday. After that, it will be published in a traditional print and audio format, with profits going to charities relating to the pandemic. Rowling says the story is suitable for 7-9-year-olds.

Rowling also wants the book to be illustrated by children, so she’s setting up a competition for fans to submit their own art. (Her blog doesn’t specify whether the young artists will be paid or will donate their work, which is always a controversial question with this kind of contest.)

This is Rowling’s first children’s book outside the Harry Potter series, although she’s written several adult novels including the Cormoran Strike books under the pseudonym Robert Galbraith. In recent years, she’s often gained more headlines for her politics—ranging from British election commentary to allegations of transphobia—than for her work, so The Ickabog will be a welcome change for many fans.