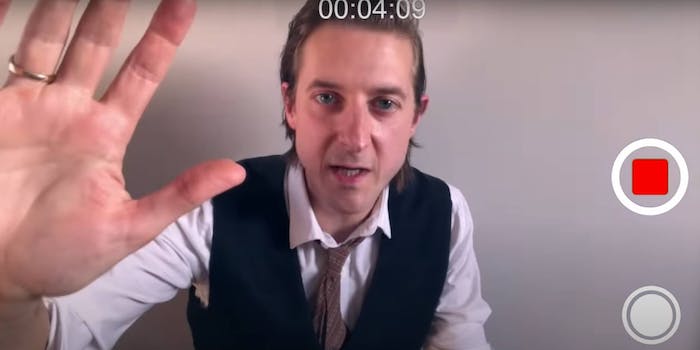 It's for the show's new series of live lockdown watch-alongs.

Posted to the Doctor Who: Lockdown channel, the new scene takes place after Rory and Amy got stuck in the 1940s, recorded as a vlog message from Rory to their newborn baby. “I’m mostly impressed by people,” he says, talking about witnessing World War II firsthand. “They can get through so much by being brave and optimistic and resilient.”

Gaiman wrote the scene as an intro to “The Doctor’s Wife,” which was this week’s watch-along episode. He also livetweeted the episode, if you’re looking for some behind-the-scenes details on that fan-favorite story.

The next watch-along is on Tuesday, with the season 9 episode “Heaven Sent” starring Peter Capaldi. Director Rachel Talalay will livetweet alongside Steven Moffat, who has temporarily reactivated his Twitter account for Doctor Who: Lockdown purposes.