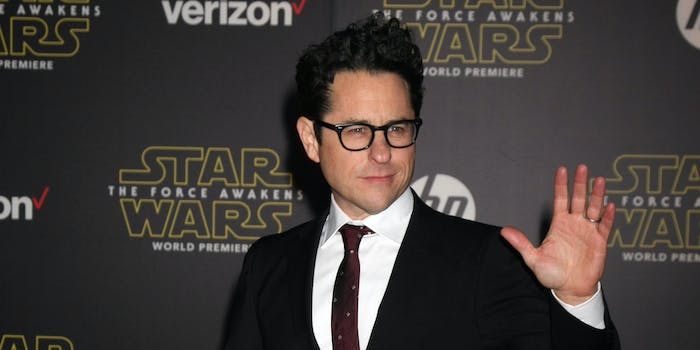 'I do think that there’s nothing more important than knowing where you’re going.'

The Star Wars sequel trilogy kicked off with each director picking and choosing which aspects of the previous film to continue versus following a singular cohesive plan. While overall a financial success for Disney and Lucasfilm, the sequel trilogy didn’t come without its own set of controversies between the backlash to The Last Jedi for its attempts to try something new and then the backlash to The Rise of Skywalker for its attempt to course-correct. As a singular story over three films, the Star Wars sequel trilogy is often disjointed, even when you might enjoy parts of it or even entire films within the trilogy.

But as J.J. Abrams, who directed The Force Awakens and The Rise of Skywalker, suggests in a new interview, maybe there’s some merit to having more things planned at the start versus making it up as you go along.

Abrams, who’s in the midst of promoting the 10th anniversary of Super 8, spoke to Collider about this very notion. While Collider’s Adam Chitwood said that he asked Abrams specifically about the Star Wars sequel trilogy in regards to planning, Abrams mostly viewed the question of planning in regards to his work in television. (He’s the creator of Alias and co-created Felicity, Lost, and Fringe.)

“I’ve been involved in a number of projects that have been—in most cases, series—that have ideas that begin the thing where you feel like you know where it’s gonna go, and sometimes it’s an actor who comes in, other times it’s a relationship that as-written doesn’t quite work, and things that you think are gonna just be so well-received just crash and burn and other things that you think like, ‘Oh that’s a small moment’ or ‘That’s a one-episode character’ suddenly become a hugely important part of the story,” Abrams explained. “I feel like what I’ve learned as a lesson a few times now, and it’s something that especially in this pandemic year working with writers [has become clear], the lesson is that you have to plan things as best you can, and you always need to be able to respond to the unexpected. And the unexpected can come in all sorts of forms, and I do think that there’s nothing more important than knowing where you’re going.”

Abrams doesn’t mention specifics or name Star Wars as he reflected on the pros and cons of planning out a story. But with Abrams’ links to the Star Wars trilogy, it quickly opened the floodgates for Star Wars fans burned by different aspects of the trilogy—as well as defenders of Abrams’ work—to rehash what may have gone wrong.

“The JJ Abrams story worries me because it’s going to feed the ‘You need to have everything planned out!’ narrative non-writers obsess over,” David Manning wrote. “No, you need to have an idea you’re building TOWARD but should remain flexible if better ideas happen along the way.”

But others have taken to pointing out that Abrams has the privilege to figure out what worked for him and what didn’t without it ending his career in a way that other directors—particularly women or non-white directors—wouldn’t.

Many of the best stories are unplanned or are unexpected blocks in the process of building out the story; famously, the Darth Vader reveal in the Star Wars original trilogy wasn’t planned from the get-go. As Abrams himself noted, sometimes having everything planned out will backfire on you when you’re making a project.

And it’s hard not to imagine what a Star Wars sequel trilogy would have looked like with more planning, as futile as it might be. Maybe it would’ve failed harder. Maybe it would’ve been even more of a success. Maybe it would’ve been the middle of the road. But, given the imaginative nature of that hypothetical trilogy, it will always be more enticing than whatever it is we got. (And who knows, maybe more initial planning will happen in future films.)

Ultimately, Abrams thinks that having a plan to start out is key.

“You just never really know, but having a plan I have learned—in some cases the hard way—is the most critical thing, because otherwise you don’t know what you’re setting up,” he said. “You don’t know what to emphasize. Because if you don’t know the inevitable of the story, you’re just as good as your last sequence or effect or joke or whatever, but you want to be leading to something inevitable.”