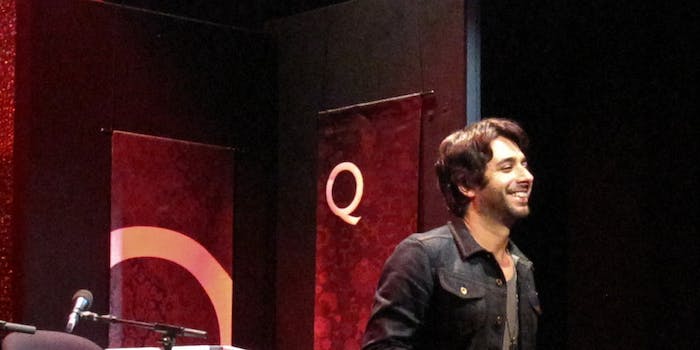 Let's hope their legal skills are as good as their photoshoot skills.

The disgraced former CBC broadcaster Jian Ghomeshi was finally, formally charged Wednesday in a Toronto court with four counts of sexual assault and one count of “overcome resistance,” the last count describing an attempt to subdue a victim by choking.

Ghomeshi’s claims that he was targeted for having a kinky sex life were outweighed by the multiple women, including Trailer Park Boys actress Lucy DeCoutere, who filed complaints with Toronto police.

But if the presentation of Ghomeshi’s reported defense team is any indication, he’s not going to stop with the theatrics:

The high-powered law firm is Henein Hutchison LLP, which bills itself as “one of Canada’s top litigation boutique law firms.” The law firm is home to award-winning lawyers, but predictably Twitter just cares about the hilariously stylized promo photos on its website.

@Sam_Riches @tanehisicoates Are they posing for a Vanity Fair spread?

.@Sam_Riches Never before have I seen a photo which so clearly exclaims, "Cancelled by USA after half a season."

Photo via Ariane Colenbrander/Flickr (CC BY 2.0)