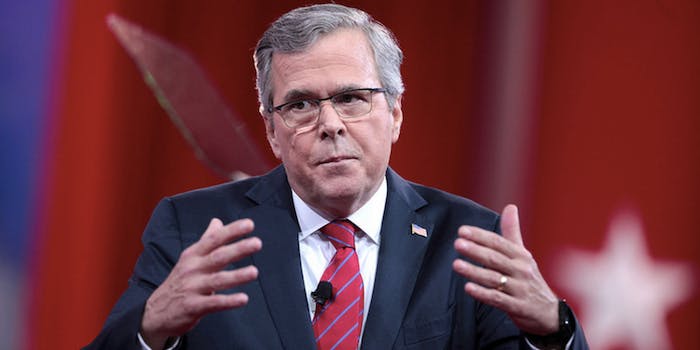 After a truly dismal sixth-place finish among GOP presidential contenders in the Iowa caucus on Monday, Jeb Bush continued to struggle on the campaign trail. Always game to kick a guy when he’s down, the Internet then seized on this painful moment from a New Hampshire event, in which Bush asks an audience as beleaguered as he is to “please clap.”

Since his supporters didn’t offer him much, ahem, support—we went ahead and remixed this footage to give Jeb the approval he desperately needs.