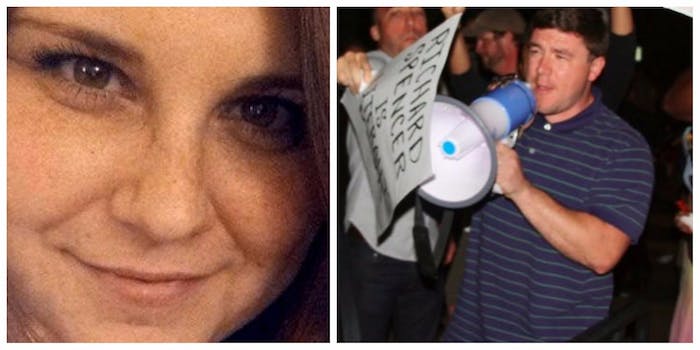 Well, this is terrible.

One day after a neo-Nazi sympathizer rammed his car into a crowd of people objecting to a white supremacy rally and killed a woman, the Daily Stormer—a white nationalist website—ran an article making numerous derogatory remarks about the victim, Heather Heyer.

The article, titled “Heather Heyer: Woman Killed in Road Rage Incident was a Fat, Childless 32-Year-Old Slut,” caused GoDaddy, which hosted the site, to boot the Daily Stormer off their servers.

Last night, the organizer behind the Charlottesville “Unite the Right” rally, Jason Kessler, tweeted out a link to the story, calling her death “payback.”

Kessler deleted the tweet sometime before this morning, then subsequently blamed it on stress, medication, and alcohol.

Kessler has since protected his tweets.