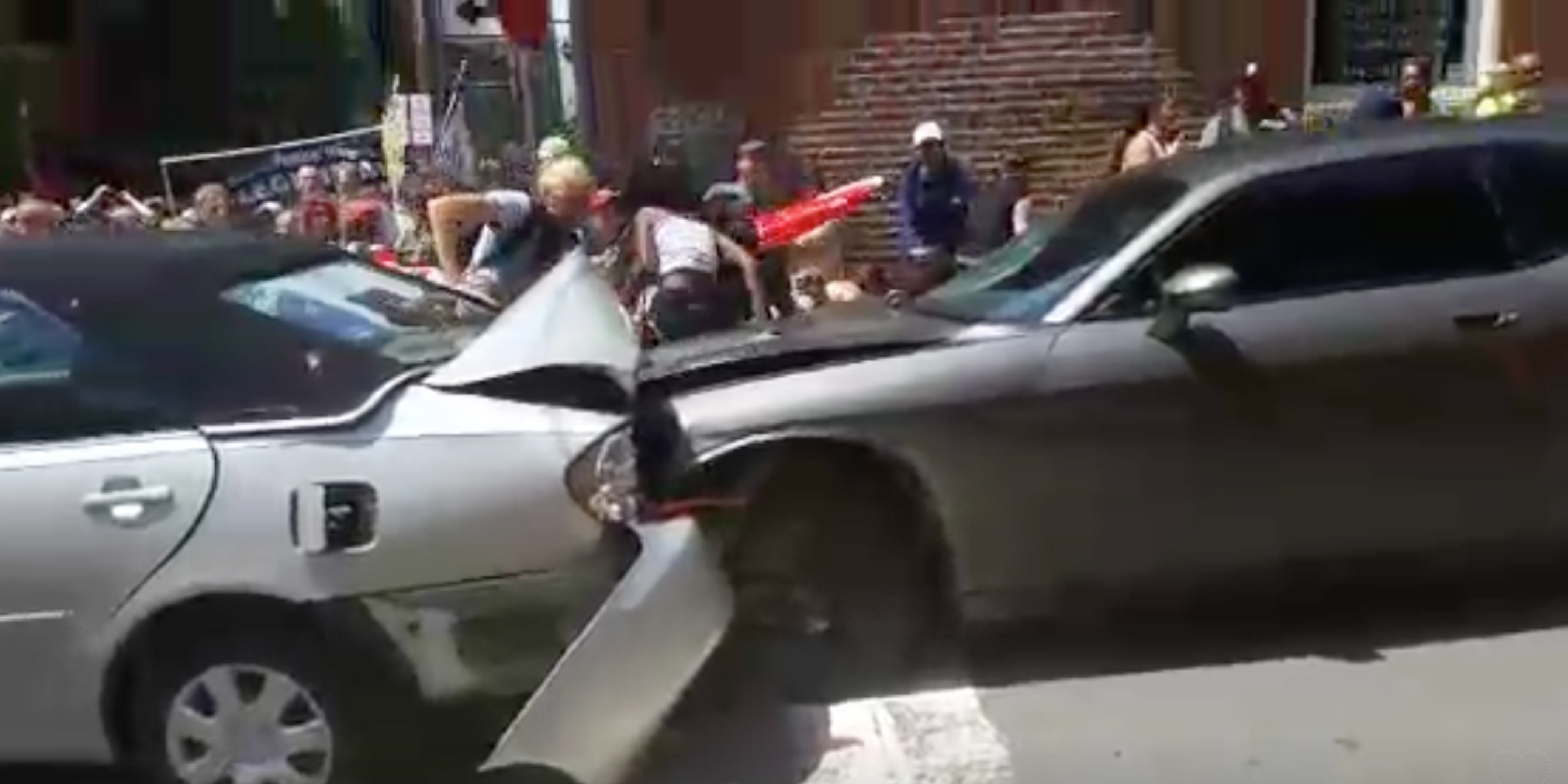 Car plows through dozens of counterprotesters in Charlottesville, 3 confirmed dead

The mayor has indicated that at least one person has died.

A car in downtown Charlottesville, Virginia, plowed through a crowd of counterprotesters marching against the “Unite the Right” alt-right and white supremacist rally that was shut down by state police earlier in the day. Virginia state police report that injuries range from minor to life-threatening, though no estimates for the number of people injured have been officially declared. Eyewitnesses have reported that more than a dozen people were hit in the collisions, and Mayor Mike Signer has indicated that a life was lost in the incident.

I am heartbroken that a life has been lost here. I urge all people of good will–go home.

Multiple cars just slammed into counter-protestor march and drove off. Bodies flying. People down. WHERE THE FUCK ARE COPS NOW #defendcville

I talked to one eyewitness who said the collision was "absolutely intentional". He was 10 feet away. Saw 14-16 people injured. pic.twitter.com/qYlACibGMT

According to video footage streamed on Periscope and Facebook by user Rebelutionary_Z, counterprotesters marched down a street shortly before 2pm local time, walking around cars that were waiting to drive past. At the end of the line of cars, one black sedan with heavily tinted windows rammed through the crowd of protesters and into the other cars, causing a mass collision, bulldozing over dozens, and sending several protesters into the air.

The car left the scene, but police were able to find the vehicle. According to the Hill’s Taylor Lorenz, who posted a full video of the incident, the driver has been arrested, and local authorities are asking citizens to share any footage of the car.

Police are investigating a three car collision. One car left the scene but police now have that car. Did not know if any arrest was made.2/2

This is the car that plowed through a crowd at the #UniteTheRight rally. Stopped along Monticello Ave. pic.twitter.com/7Uf4lHfAf9

Eyewitness involved in the collision say the car intentionally drove into the crowd. Video footage of the collision from the head of the counterprotest shows that the car drove toward the crowd at a high speed, then backed out and proceeded to flee the scene. However, police have not confirmed that it was intentional and are still investigating.

Video of car hitting anti-racist protestors. Let there be no confusion: this was deliberate terrorism. My prayers with victims. Stay home. pic.twitter.com/MUOZs71Pf4

Prior to the collision, one other car reportedly hit people while attempting to drive past counterprotesters, though witnesses from this collision say they were not injured.

Woah, one car took off toward crowd, apparently swiped a few of them. Crowd then ran after it as it fled. #UniteTheRight pic.twitter.com/e88fFyDwM5

I interviewed one of the guys hit by the #UniteTheRight car; not badly. He explains what happened #Charlottesville pic.twitter.com/iEr4nyTyF9

According to the Washington Post, one person was killed and 19 were injured in the incident.

Next of kin is not yet notified. pic.twitter.com/VepnKHPT9I

Update 7:17am CT, Aug. 13: Local authorities have confirmed three dead following the attack, and more than 20 who were treated for injuries at the hospital.