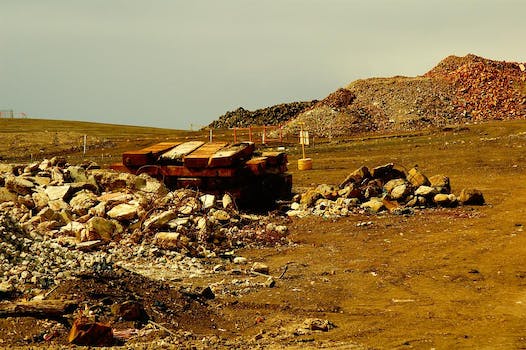 Man digging through landfills to find his old hard drive—and its $7.5 million in bitcoins

The hard drive sat in a drawer for three years until information technology specialist James Howells decided to toss it out about three months ago.

Now the Englishman is diving through trash to find it after he realized he forgot to remove 7,500 Bitcoins, a digital currency. With Bitcoin hitting $1,000 earlier this week, that hard drive would now be worth more than $7.5 million.

“I had been hearing a few stories of a chap from Norway who had bought a number of coins for a very low price and had sold them for a high price and that’s when I got back into checking the price and seeing what I’d done,” Howells told the BBC.

Howell has been searching a landfill in south Wales. Because he tossed the hardware out three months ago, a landfill manager told him that as much as five feet of trash may have accumulated on top of it.

In February, one Bitcoin was valued at $30. This morning, Mt. Gox, the largest exchange for the electronic currency, had Bitcoin trading around $1,164.

Passing the $1,000 ceiling is an exclamation point on a banner year for the cryptocurrency, which has seen it receive steady mainstream press coverage, the tentative approval of major lawmakers, and the support of hundreds of businesses.