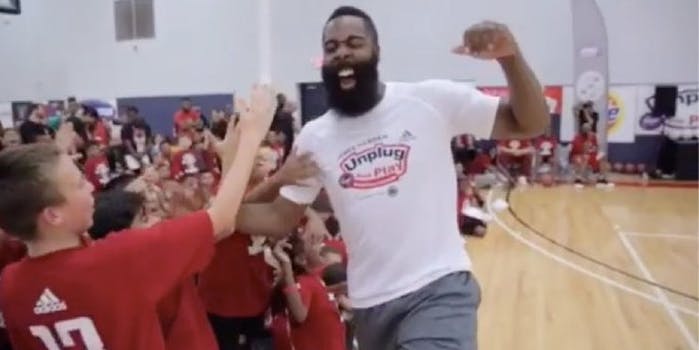 Harden made this kid look as bad on defense as... well, James Harden.

No little kid at basketball camp stands a chance on defense against the average NBA player, and James Harden is known as one of the wiliest offensive stars in the league. So you can predict what happened when some poor camper got the chance to go head-up against Harden recently.

@easymoneysniper isn’t the only one schooling kids at his camp. @jharden13 with no mercy @procamps

The tiny hero was doing just fine until he lost track of the ball and Harden made him look as bad on defense as… well, James Harden. Although, to the kid’s credit, he did try a lot harder than Harden usually does.

After a year in which Harden got dumped by Khloe Kardashian and steamrolled in the playoffs by Golden State, maybe he just needed someone smaller and weaker on whom to take out his frustrations.