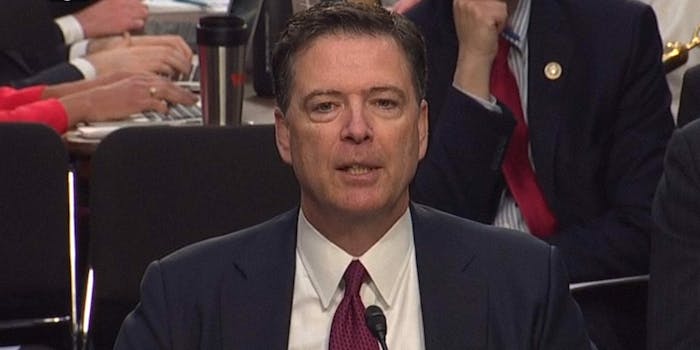 Trump said that during the meeting, he again asked Putin about Russian hacking, and that he found Putin’s denial of meddling in the 2016 election to be more convincing than that of Comey’s assertion that Russia was actively involved.

To which, Comey, who recently revealed himself on Twitter, had some choice words.

Comey appears to be enjoying a scenic hike, while also shading the president, saying it is much harder to make people believe than truth than a lie, the lie here being Putin’s denials and Trump’s assertions that Moscow did not try to sway the 2016 election.

Naturally, this being Twitter, everyone dispensed with the nuance and screamed “SUBTWEET.”

folks, we've got a subtweet https://t.co/3HvJZWCOVb

Of course, this also being Twitter, people fired right back at Comey.

Previously, Comey tweeted about enjoying a Cosmopolitan and some onion rings with his wife on her birthday.

This is James Comey’s second subtweet.