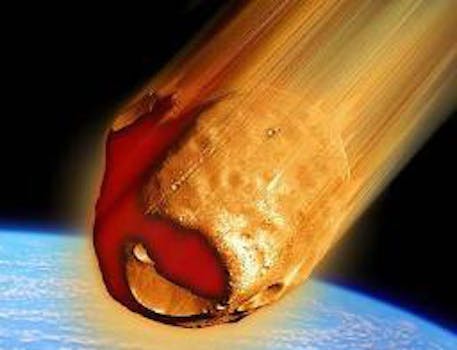 Comedian registers @russiameteor, saves us from a terrible Twitter parody

So comedian Jake Fogelnest acted swiftly, exhibiting the grace under pressure that would make Hemingway proud. He promptly registered @RussiaMeteor to keep unfunny opportunists from using the account. 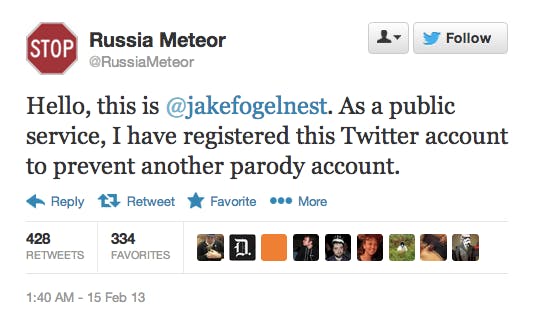 Like any hero, rather than basking in his glory, Fogelnest lamented that he wasn’t able to do more, noting that @RussianMeteor, @MeteorofRussia, and @MeatierRussian had already been taken.

As of this writing, only one of those, @RussianMeteor, actually functions (albeit barely) as a parody.

“Sorry guys, my bad,” it tweeted, with all the humor and originality the account could muster, to its 243 followers.