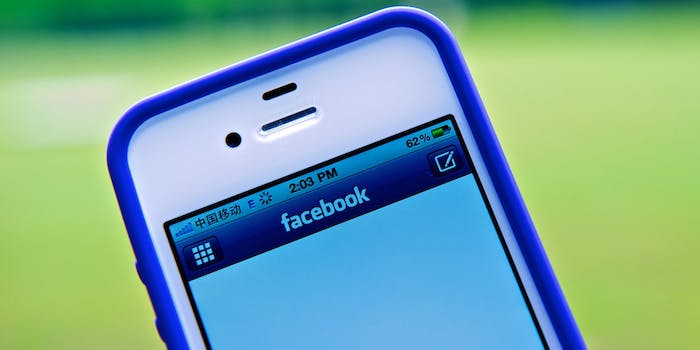 How a Facebook conversation helped me stand up to bigotry

A friend on Facebook told me he "didn't care" whether or not people were racist. And I got fed up.

The other day on Facebook a friend of mine shared his thoughts on the recent Coca-Cola ad set to the song “America the Beautiful.” My friend’s status said, “If this bothered you, I don’t even know what to say to you. Get a brain.” This seems like an obvious sentiment. If you’re bothered by “America the Beautiful” being sung in other languages, or by images of happy people doing fun things while being unapologetically whatever race or religion they are, then you do need a brain.

I don’t think anyone was surprised by the fact that some people hated the ad. Racism is alive and well, and it’s something people of color experience all the time, in all sorts of ways. Hating “America the Beautiful” because it portrayed America the Diverse is par for the course in a nation peppered with intolerant bigots.

But what did surprise me were the people who commented on my friend’s status by saying (paraphrasing), “I don’t agree with the people who were angry about the ad. But it doesn’t bother me that they hated it. Why should I care?”

I had to stop and do a double-take at this.

Really? It doesn’t bother you that people are being racist? Not at all?

The response that I got was fascinating (again, paraphrasing).

“No,” said one racist-who-thinks-she’s-not, “I, unlike you, am not intolerant of other people’s opinions.”

This forced me to consider whether I was, in fact, being intolerant.

I am most certainly sometimes stupid, and quite often blind to the realities that people of color (or other marginalized groups) face on a day-to-day basis, primarily because no matter how hard I try, my privileges can make it hard for me to see outside of my own experience. I work hard to simply keep my mouth shut and listen so as to avoid being stupid and perpetuating more stupid… But I don’t think of myself as “intolerant.”

But then I thought about the actual meaning of that word and I realized that, yes, I am intolerant.

See what she did there? She took a word that is contextually understood to mean one thing (essentially, bigoted or racist) and twisted it around so that she could sound righteous by exploiting the fact that it also means, basically, “not putting up with your stupid shit.”

I suspected that this must have a Fox News origin, and so I went digging. I Googled “leftist intolerance” and found a lot of really amazingly terrible clips wherein Fox News pundits call liberals hypocrites because we, the liberals, are the ones who are intolerant of them and their racism and anti-gay agendas.

Here’s one really painful example, though I have to warn you before you click through that it is a clip of five (not one, not two, but FIVE) white people talking about the NAACP and U.S. Senator Tim Scott (who is black), and how generally terrible they think the NAACP is to black people. I’m not embedding it for obvious reasons.

After all of that, I realized that yes, I am intolerant. And I’m proud of it.

I’m intolerant of white people being assholes about “America the Beautiful” being sung in non-English languages. I’m intolerant of people who say that people of color or non-Christian folks don’t represent our nation.

I’m intolerant of people who say that our LGBTQ+ brethren don’t deserve equal treatment under a Constitution and Bill of Rights that affords all people the same rights.

I’m intolerant of people referring to young black men as thugs when they, themselves, are the ones who think gunning down unarmed boys, girls, women, and men who aren’t committing any crimes (or even trying to commit crimes) is an okay and legal thing to do. I’m intolerant of your racist thuggery, racist white people.

I’m intolerant of people who think that being transgender is something we can just tell people to stop being and that it will magically work. I’m intolerant of those who who choose to mis-gender someone who very clearly has told you that she is a woman.

I’m intolerant of the parents and teachers who think it’s okay to let kids say “f*g” or “pussy” or “queer” to kids like the boy who likes My Little Pony and is now on life support after trying to take his own life. I’m intolerant of the adults who modeled that hate to their children. Yes, shaming kids who don’t conform to the strictest gender binary is hate. Pure and simple. And it is killing kids.

I’m intolerant of the people who tell my friend’s daughter that her gorgeous natural hair is a problem for them. I’m intolerant of the toy companies that don’t offer enough dolls that look like all the kids in the world, so that each child can have a baby doll that represents an image she or he can relate to (I’m looking at you, American Girl).

I’m intolerant of people who perpetuate myths about the nature of Islam, and I’m intolerant of the people who scrawled racist graffiti across the gorgeous GAP ad featuring Sikh-American Waris Ahluwahlia, implying he and anyone else in a turban is a terrorist.

I’m intolerant of people who refuse to see the pain and disrespect brought to Native Americans by the unauthorized use of Native mascots, names and iconography. I’m intolerant of the white folks who think they have some right to Wahoo the Indian or the name “Redsk*ns“.

I’m intolerant of this nation of bullies that gets off on thinking that the only real way to be American is to be white, non-poor, Christian, educated, able-bodied, cis-gendered, un-scarred by emotional or physical abuse, and straight. And I’m intolerant of all of you who think that it’s okay to say absolutely nothing to the people in your life who are harming others through any sort of racism, abuse or bigotry.

And yes, I’m intolerant of your willingness to tolerate others’ hate.