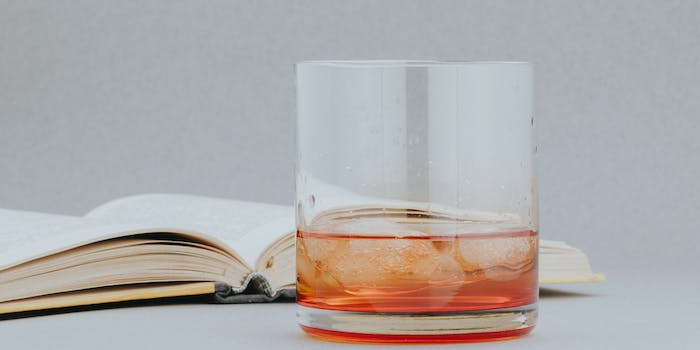 This week on the internet: Who brings a book to a bar?

A lot of people, it turns out.

Welcome to the Friday edition of Internet Insider, where we review the week online. Today, we discuss a Twitter discourse about bringing a book to a bar.

Over the last two years, people have debated what is or what isn’t acceptable behavior in public spaces. Since we’re still in a pandemic, it’s always changing. So some of us are extra defensive of activities we freely enjoyed before March 2020—and that includes reading a book in a bar.

Earlier this week, a writer tweeted that “if you’re someone who brings a book to the bar… nobody likes you.” The tweet was torn apart by Book Twitter, garnering nearly 4,000 quote tweets and more than 2,000 replies. Even bartenders chimed in to say that readers often make great customers; they’re quiet, and they tip well. I didn’t add my own tweet to the chaos, but I did agree with many of the comments that disputed the take. As a person who enjoys both books and bars, it makes sense to combine the two. And if you go to a bar solo, it helps to bring an activity—especially if you want to signal to other people that you’d like to be left alone.

A few days after he became the Main Character of the Day, the writer said he reflected on his original opinion and apologized for his “uncharacteristically mean” tweet. “I was trying to be funny,” he wrote. “I clearly missed the mark.” Users commended him for owning up to his tweet, which doesn’t happen that often with ratioed tweets. The lesson? As always, never tweet. Also: Bring your book to the bar.

Isn’t this breaking an unwritten rule of seeing a movie in an empty theater?

A SWAT team raided the Florida home on Monday and arrested a reported childhood friend of the brothers.

Chappelle threatened to move his ‘$65 million’ business out of town if affordable housing was built.

From streaming to party essentials, we cover it all.*

Elana Meyers Taylor is no stranger to overcoming obstacles. Fueled by her desire to win and represent a Black face in a space typically void of color, Meyers Taylor has made U.S. history as the most decorated American female bobsledder—and she’s showing no signs of stopping.

The three-time Olympic medalist spoke with us as she prepared for this Saturday’s bobsledding events at the 2022 Winter Olympics, where she could become the first ever U.S. bobsledder to win four career medals.

Yes, we’ve been talking about Euphoria memes a lot, but the show is really dominating meme culture this winter.