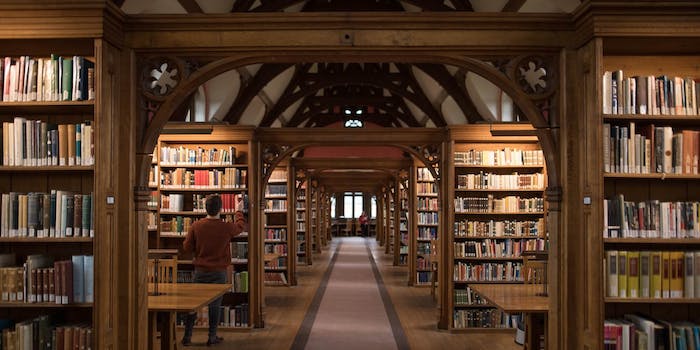 The Internet Archive just opened its doors due to the COVID-19 pandemic, releasing a lending library of 1.4 million free ebooks. Announced on March 24, this “emergency library” is primarily aimed at students, “to address our unprecedented global and immediate need for access to reading and research materials.” However, many authors are describing it as a breach of copyright that endangers writers’ livelihoods.

The archive consists of books donated by libraries including the academic collections of Phillips Academy Andover, Marygrove College, and Trent University. Some of those books are relatively recent and the authors didn’t give permission for their work to be posted online, leading to an outcry among writers who are already concerned about financial losses due to the pandemic. “THIS IS A PIRATE WEBSITE,” tweeted sci-fi author Chuck Wendig to his 173,000 followers, kicking off a controversy that spread through Publishing Twitter this weekend.

The Authors Guild published a blog post denouncing the Internet Archive, pointing out that most authors earn a low income at the best of times, and are now struggling due to canceled book tours and loss of freelance work. This is especially pertinent because much of the Twitter debate focused on high-profile novelists, perceived as wealthy people trying to take free library books away from underprivileged readers. But most writers (including bestselling authors) aren’t wealthy, and the idea of the Internet Archive suddenly “giving away” their books is an alarming prospect.

“IA is using a global crisis to advance a copyright ideology that violates current federal law and hurts most authors. It has misrepresented the nature and legality of the project through a deceptive publicity campaign.”

However, the reality of the IA library may not be as urgent as the backlash suggests. While the IA released these books without permission—and, crucially, doesn’t lead to authors earning royalties like a regular library—the site isn’t the piratical free-for-all that some writers fear. It’s easy to sign up for an account, but once you do so, it’s not like you suddenly have access to a colossal archive of Kindle-quality ebooks. The books generally seem to be scanned copies (no one’s preferred format), and once you borrow one, you get 14 days of access to either an Adobe file (which requires the right software) or an encrypted DAISY version—a specialized format for readers with print disabilities. The quality is less appealing than the type of ebooks you can already borrow from a normal library.

The Internet Archive’s library has existed in this form for years, the only difference being that under “emergency” conditions, the IA has now suspended its waitlists for loans. So instead of waiting for someone else to return (for example) their borrowed low-quality scan of Stephen King’s The Shining, several people can download a two-week Adobe file at once. And while the archive includes some well-known contemporary releases, the site’s most popular books are not what you’d expect.

Based on pageviews, the top titles are a 2011 book of prophecies by psychic Sylvia Browne (which some people think predicted the COVID-19 pandemic), Dean Koontz’s 1981 novel The Eye of Darkness (which some other people think predicted the COVID-19 pandemic), and W.E.B. Du Bois’ 1935 volume of political essays Black Reconstruction in America. The first few pages of results are all either the kind of books you see on an academic syllabus or obscure old titles that have, in the words of novelist Darcie Wilder, “thrift store energy.” The closest thing to a recent mainstream hit is an 11-year old volume of the Witcher series, and the 20-year-old Harry Potter and the Goblet of Fire. Two books by Chuck Wendig (the public face of this controversy) are currently available, and they’ve been viewed five and seven times respectively—a stat that includes people opening a preview without downloading. So while it’s wholly understandable for authors to be concerned about protecting their work, this doesn’t actually seem like a hotbed of piracy for recent books.