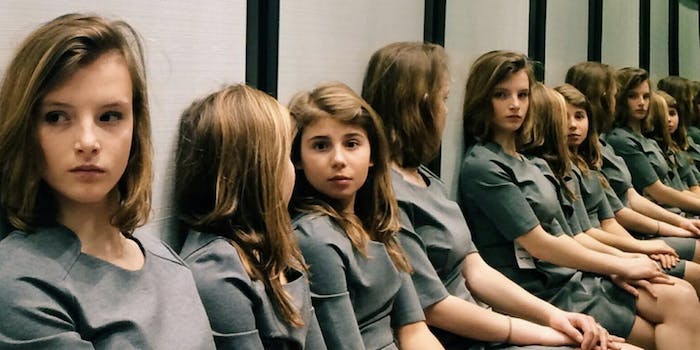 It doesn't seem all that tricky.

The people of the Internet love a good inscrutable picture. They love images that make them do a double-take. Some are optical illusions. Others, like the iconic Dress, whip the entire Web into a frenzy. Now, another photo has incited confusion among people who just want to know what the hell is going on.

Swiss photographer Tiziana Vergari posted a photo on Instagram last week that has prompted debate about the number of girls present.

It’s easy to see why people are tripping out. There must be some sort of trick being played on our eyes, right? Maybe there are mirrors or something? The fact that these girls are all wearing the same dress doesn’t make it any easier.

So, how many girls do you think are in the picture?

The comments on Instagram are a flurry of guesses and arguments, analyzing the girls’ collars and facial features to find details that might help reveal the answer. But it looks like most people are guessing that there are only two girls in the picture. 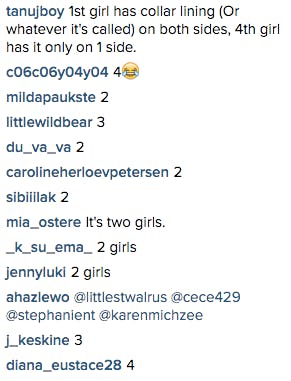 For another clue, look at the photo’s tags. Four other Instagram accounts are tagged in the picture. But one is Zara, so the dress is probably from that retailer, another account tagged has no followers or posts, and the final two look like the accounts of the two girls pictured.

Vergari’s photo might not be as trippy as the Dress phenomenon, but it’s still a fun image that forces you to really look closely.