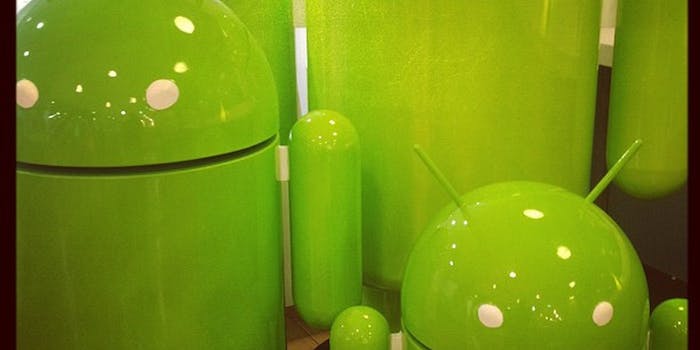 More than 1 billion photos have been shared—and 5 million are being added daily—on Instagram.

Photo enthusiasts can let out that sepia-toned bated breath: Instagram is finally on Android.

Instagram added an Android waiting list to its site, which it announced on Twitter, on March 24—shortly after Instagram CEO Kevin Systrom gave a quick sneak peek at the app at South by Southwest Interactive.

With the app making its way into the hands of Android phone owners, Instagram revealed some new stats. More than 1 billion photos have been shared, with 5 million being added every day. There are now more than 30 million registered users too, meaning its userbase has doubled in the space of three months.

While Instagram is letting users of other smartphone photo applications share images directly with other IGers (as members are called), it’s the availability on Android that will most help drive the community’s growth.

“Instagram is finally out for android. Now I can be with the in crowd haha,” tweeted Candy Amaczi.

The news wasn’t welcomed by everyone though. Mike Bell said, “Instagram releases on Android and another few million hipsters are born.”

Perhaps Bell was referring to the fact that for non-IGers, it means more filter-enhanced photos of street signs, coffee cups, and self-portraits clogging up Twitter, Tumblr, and Sina Weibo.