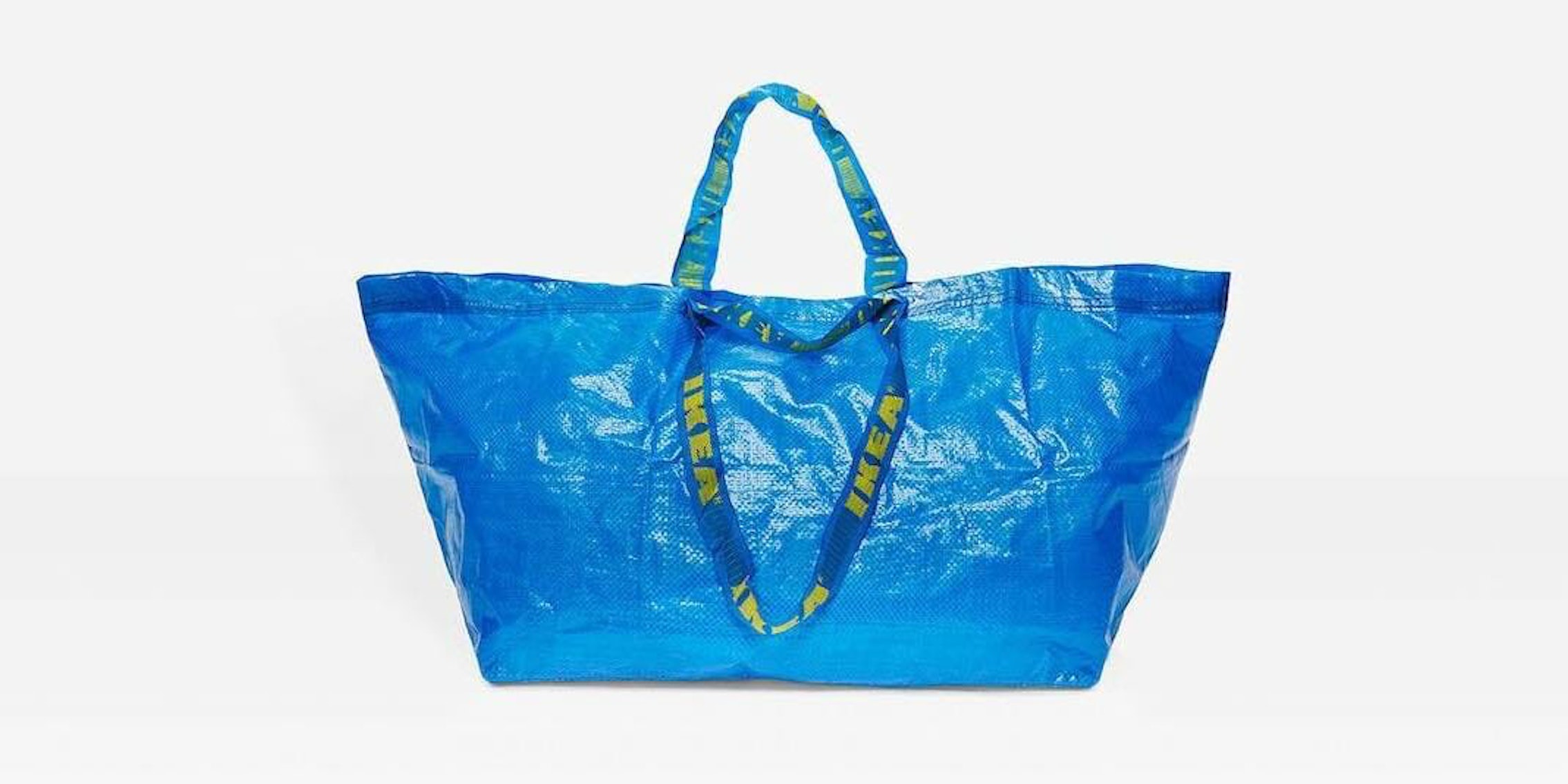 You know the original – you know the #FRAKTA bag. Read more about our #Ikea response to @Balenciaga at @CreativeReview. Link in bio. #workbyacne @ikeacreativehub

The color, the size, the straps—there’s a lot in common here. One key difference between the two is, of course, the price tag: IKEA’s Frakta version will set you back 99 whole cents, while the Balenciaga edition (which, for the record, does not look like it would flat-pack very well), runs north of $2,000. Technically $2,145, but who’s counting at that point?

Lest consumers get confused between the two products, the sassy Swedes—together with the ACNE agency—helpfully put together a guide to help them differentiate the two totes.

You know the original – you know the #FRAKTA bag. Our response to @Balenciaga is pick of the day at #CreativityOnline. Read more about it following the link in our bio. #workbyacne @ikeacreativehub

You know the original – you know the #FRAKTA bag. Read more about our #Ikea response to @Balenciaga at @CreativeReview. Link in bio. #workbyacne

It’s a cool little subtweet—not so brazen as the social media efforts of, say, Wendy’s, but still just pointed enough to get the, well, point across. Personally, I can’t wait until an attentive reader grabs a Balenciaga bag to throw in the dirt and really test out No. 3.

For its part, Balenciaga has not responded on Twitter or Instagram, nor do we expect it will. Those designers are probably feeling a little blue right now, don’t you think?