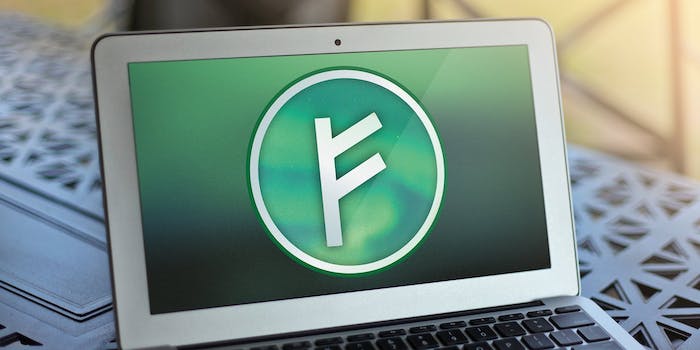 Every Icelandic citizen is about to own brand-new cryptocurrency

In the nation most hostile to Bitcoin, a cryptocurrency invasion is planned for Tuesday.

Around the world, governments have had a mixed reaction to the rise of cryptocurrecies like Bitcoin. Though most western nations have been permissive, the island nation of Iceland has been perhaps the most strident opponent of new digital currencies, flat-out banning citizens from using Bitcoin.

But opponents of Iceland’s draconian monetary policies aren’t ready to give up the fight for an alternative exchange medium. On Tuesday, Auroracoin, an Icelandic national cryptocurrency, is set to debut in a very big way.

Unlike most cryptocurrencies, which slowly roll out as virtual miners begin unlocking them, Auroracoin will be “air dropped” on the people of Iceland as a way of stimulating the general population into using the currency. The hope is that a blockbuster launch will encourage wide-scale usage and make Auroracoin too powerful for Icelandic politicians to ban.

“It helps a great part of the population to get to know and use the currency,” Auroracoin’s creator Baldur Friggjar Óðinsson (a pseudonym) told the Daily Dot. “A currency’s value is based on how it is accepted in trade and as a store of value.”

Óðinsson—whose alias is taken from the Norse God of light and purity—said Auroracoin is being offered as a relief to the stringent monetary policies that Iceland adopted shortly after the global economic crisis in 2008, which brought the Icelandic banking system to its knees. The price of Iceland’s official currency, the krona, has been on a downward slide since then. To protect the krona’s value, the government has adopted capital controls that limit citizens’ ability to exchange kronas for other forms of currency.

These same monetary controls were the legal basis for Iceland to ban Bitcoin, but the desire for an alternative to the krona has not gone away, according to Óðinsson. Auroracoin’s creator wants the currency to be a solution for the resentment some Icelanders hold toward the banking system.

But the challenging part of introducing a cryptocurrency is the amount of time it takes to catch on with the masses. Bitcoin blew up in 2013, but the virtual currency was created all the way back in 2009. This slow build up has allowed speculation and hoarding by investors and miners.

To quickly put Auroracoin into circulation, Óðinsson plans to distribute half the total amount of Auroracoin among some 330,000 Icelandic residents. Using a national database of Icelanders, nearly all citizens will be given the opportunity to claim 31.8 Auroracoins over the next year. Auroracoins are currently trading at about $15 per unit.

The Central Bank of Iceland has not made any decisions about the legality of Auroracoin yet, though representatives of the bank were at a closed-door meeting of its parliament’s economic and trade committee on March 14, in which Auroracoin was discussed. Committee vice-chairman Pétur Blöndal has been warning citizens that Auroracoin is not legal tender and cannot be protected by the government the same way as fiat currency.

Though cryptocurrencies like Auroracoin and Bitcoin have piqued the interest of libertarian-minded consumers who seek an alternative to centrally regulated currencies and inflation, recent crises in the Bitcoin market have bred skepticism from outsiders.

With the collapse of Mt. Gox and regulatory crackdowns in China and India, Bitcoin’s trading price is down significantly from the four-figure highs of late last year. Leading investors like Warren Buffett scoff at the idea of Bitcoin and other cryptocurrencies having any inherent value. And economists warn that a finite currency like Auroracoin, will be prone to deflationary tendencies that encourage hoarding.

But Óðinsson is defiant. The native Icelander insist cryptocurrencies are more stable than they appear when they are not judged against traditional fiat currencies. And Óðinsson claims that government attempts to abolish Auroracoin would be futile.

“The politicians do what they want to do,” Óðinsson said. “They use force if they want to. That is their nature. But they can never control a decentralized open source currency like Auroracoin, without shutting down the Internet.”