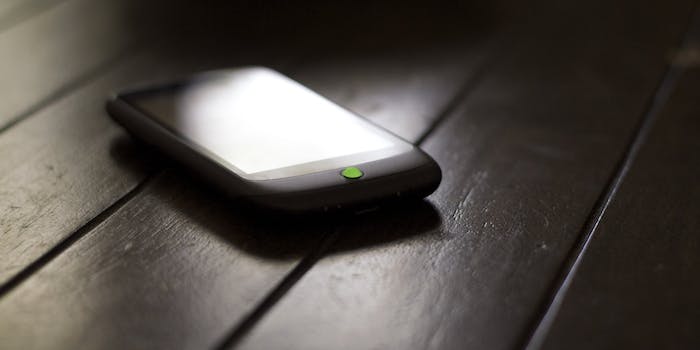 Here’s why I’m going to start picking up the phone again.

I hate that I hate getting on the phone. I used to love it. Back when my pink Princess phone had an extra long cord so I could take it out of my parent’s hallway and into my bedroom under the covers of my bed, I would talk on the phone to my junior high girlfriends for eight hours in a night about very important things like sparkly nail polish, the existence of heaven and hell and whether or not we would let Uncle Jesse from Full House kiss us on the mouth. My friend Sara would.

Of course that was before cell phones and before social media. We had to talk to one another on the phone. If we didn’t, we would be grievously uninformed about what was going on in the other’s life.

Until very recently, if I saw my cell phone ring I would develop a low level case of anxiety and answer if (if I answer at all) with a distinct air of busyness and self-importance that tells the caller I do not have time to have a conversation on a phone.

I recently moved across the country, leaving almost all of my close friends on the East Coast. Through Facebook and Instagram I’ve been able to keep up with people’s lives. Erin is pregnant again, Jenny got engaged and Scott broke up with yet another inappropriately aged girlfriend.

What I didn’t know was that Erin had a miscarriage, Jenny had to get married because she got pregnant and Scott’s girlfriend was now a lesbian. And in turn, they didn’t know I felt lonely in my new city and just got some really scary medical news.

How would anyone know any of that? We don’t post about those kinds of things on social media. We tend to share only the happy moments in our lives.

Recently, I wrote about the effects of only posting happy things on social media.

"Why should you only post happy things to social media? Where was the Instagram for the sadness?" http://t.co/2NW5FiQ118 via @ElleMagazine

For too long I’ve allowed Facebook, Instagram and Twitter to become the news feed for my friends lives. And I’m putting a stop to it. I’m not doing it just for them. I’m doing it for me too. Since I’m as guilty as anyone of only posting the happy moments, my friends are just as clueless about the things I am going through—the things I need friends to help me with.

I hadn’t told anyone about my recent medical diagnosis. It’s a strange thing to say over text message and no one gets on the phone any more without exchanging at least a dozen text messages about when it might be a good time to get on the phone.

But I had posted dozens of beautiful, happy and smiling photographs of my husband and I on a dream honeymoon at the Ol Malo ranch in Africa. In one photograph after another we were lounging by the infinity pool overlooking a herd of zebras and lions or riding a camel across North Kenya. So everyone thought I was doing better than awesome.

Then a close friend reached out to say hi. I have found that when you finally start talking to someone now you get to the real stuff pretty quickly. I think it’s a consequence of everything else being so superficial. All of my recent troubles came spilling out and so did hers. She’d been battling a tough time. Her husband was sick and she told me she was worried she was drinking too much to cope with it all.

At the exact same time we said the same thing: “But your life looks so great on Facebook.”

That was when I decided to implement a new rule. For every post I make on social media I need to reach out to a friend in a more intimate way. That can be a phone call, a Google chat or a long email talking about the things that are really going on in my life.

I’m picking up the phone again. I’m not too busy for it. And what’s better is that I’m starting to enjoy it again, the same way I enjoyed those long hours under the covers.

Social media is fantastic, but we should never forget that it is called social for a reason. It gives us the same banter we’d encounter at a cocktail party over well drinks and passed appetizers. We need something more to keep our actual social networks afloat.