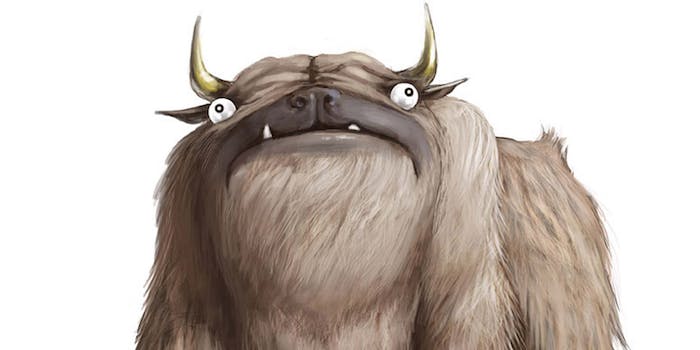 Celebrate all the things: Hyperbole and a Half is back

Between 2009 and 2011, Hyperbole and a Half became an unexpected cultural touchstone for the Internet.

It’s been almost exactly two years since Allie Brosh, author of the wildly popular webcomic, announced her long-awaited book deal. Between 2009 and 2011, Hyperbole and a Half became an unexpected cultural touchstone for the Internet, giving us “(verb) all the (nouns),” the Alot monster, and adorable Muppet-like cartoon characters bravely staring down their fears.

Then, in 2011, after updating only once after the announced march to publication, Brosh took a hiatus that began to seem interminable. The original book launch date of fall 2012 came and went. With her last post covering her struggle with depression, and with her FAQ stating, “I only post something when I feel like I have something worth posting,” many people wondered if the pressures of fame had become overwhelming. A Reddit thread from last year saw many users speculating about depression as a connection to her disappearance. When Brosh herself commented and confirmed the rumors, she expressed that while she was “not out of the woods yet,” things were slowly getting better. Recently, a release date for the book was announced (October of this year), as though Brosh had begun taking small shuffles back into the spotlight, a la Neutral Milk Hotel’s Jeff Mangum, another artist who seems to have finally, fully emerged this year after periods of long, depression-induced silence.

Finally yesterday, in a “Pre-Post Transition Post,” Brosh announced that today would see the publishing of a post she had been working on for over a year: “If, at any point over the last eighteen months, you’ve wondered what was happening to me and why it might be happening, my post tomorrow should explain everything.”

Earlier today, The Post itself arrived. In “Depression Part Two,” one of her famous whimsical but poignant illustrated essays, Brosh details her continued struggle to deal with the catalytic moment when she states she lost the ability to feel emotionally invested in anything. While in the previous post from October 2011, the realization had been a freeing moment, empowering her to be fearless, in today’s post, Brosh admits that it wasn’t exactly a healthy state to be in:

Perhaps it was because I lacked the emotional depth necessary to panic, or maybe my predicament didn’t feel dramatic enough to make me suspicious, but I somehow managed to convince myself that everything was still under my control right up until I noticed myself wishing that nothing loved me so I wouldn’t feel obligated to keep existing. … [T]here I was, casually wishing that I could stop existing in the same way you’d want to leave an empty room or mute an unbearably repetitive noise.

Brosh describes the well-meaning but unhelpful attempts of other people to get her to seek help and “feel better.” After stating, “I agreed to see a doctor so that everyone would stop having all of their feelings at me,” Brosh tells how through the aid of anti-depressants she slowly began to feel things again—starting with hate and working her way up.

Hatred is technically a feeling, and my brain latched onto it like a child learning a new word.

While the entire post may be a revelation to anyone who has never felt advanced depression, the revelation of the road to recovery may hold the most hope for anyone who has been in Brosh’s shoes. She describes gradually re-learning how to feel anger, then sadness, and finally happiness:

My brain had apparently been storing every unfelt scrap of happiness from the last nineteen months, and it had impulsively decided to unleash all of it at once in what would appear to be an act of vengeance.

Because this is Hyperbole and a Half—ironically one of the sites least prone to hyperbole about what mental illness looks like from the inside—Brosh’s post ends not with happiness, but with tentative hope.

But when you’re concerned that the miserable, boring wasteland in front of you might stretch all the way into forever, not knowing feels strangely hope-like.

The outpouring of support from Hyperbole and a Half readers has stretched across the Internet.

Hyperbole And A Half is back and for once I can say “I laughed, I cried” and mean it literally. hyperboleandahalf.blogspot.com/2013/05/depres…

In the post’s comments, RealityMonster noted, “I think I understand [depression] a little better now. At the very least, I think I’ll understand what stupid things NOT to do when confronted with a depressed person.”

Brosh’s post ended with no commitment to a regular resumption of posting—something she’s deliberately never committed to doing. But it did end with perhaps the most fitting note of all: thousands of readers flocking to return her a little of the support that she, through her honesty and humor, has given them over the years.