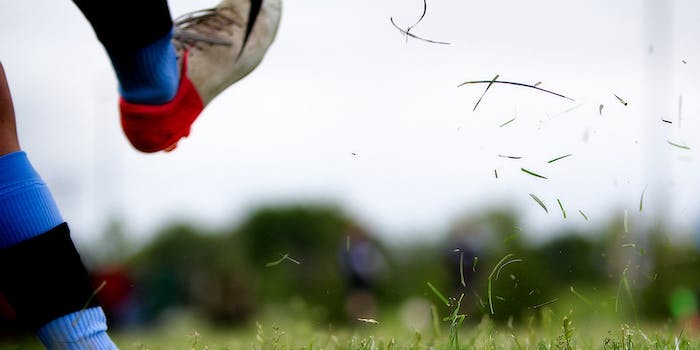 Between Univision, Slingbox, ESPN, and a six-pack of beer, you should be able to keep up with all the games for cheap.

The FIFA World Cup, the world’s greatest sports spectacle, is just a few short hours away, and your obsessive cord-cutting tendencies have gone too far: How do you watch the World Cup if you cancelled cable?

While millions of people deluge social media with every tiny soccer-related detail, the last thing you want is to fork over mounds of cash for a cable TV subscription to keep up with the beautiful game.

So we’ve compiled the cheapest ways for you to watch every World Cup game online without risking your sanity or Internet security.

The Spanish-language cable behemoth Univision has purchased the rights for every match until the quarterfinals, Quartz reported. The network will be streaming each of these games online for free. That’s where Google Translate comes into play. While soccer is the simplest game to follow across any language, Google can help translate any repeated phrases that have you scratching your head.

Once the tournament gets to the quarterfinals, that’s where Hola and the digital antenna come in. Hola is a virtual private network (VPN) that allows you spoof the location of your computer. You can then, for example, have your computer pretend to be in England so you can access the BBC, which is streaming all the games live for free.

If you’re like me and you will likely find yourself tired of watching sports on a small laptop screen come the final rounds, a digital antenna is the answer. ABC will be airing 10 World Cup games, including the final, which can be viewed for free with a digital antenna. Depending on where you live, a cheap antenna, like this $35.96 one I got a year ago, will do the trick.

Slingbox is a device that allows you to stream TV to your computer. A new box starts at $179 but a quick search on eBay turns up plenty of older models (which I currently use and which work perfectly fine) for $109. Now you’re probably wondering, how can I use Slingbox if I don’t want to shell out more than $79 a month for cable TV? That’s where the beer comes in.

Chances are, you know a family member or close friend who still has cable. Ask them if you can hook up your Slingbox at their home and explain how important it is to watch the World Cup and that watching every game with you will make them the cool guy at work. If you face resistance, dangle the pack of beer in front of them. You’re welcome.

So this is where things get a little tricky. You first need to identify a friend or family member who has a cable TV subscription that includes ESPN and which participates in WatchESPN, a livestream of all the ESPN channels. Once that hurdle is crossed, implore them to download the WatchESPN app on their iPhone, Android, Xbox 360, Xbox One, or Roku. Once they’ve signed up, ask them for their login credentials. If they give you a discerning look, push the pack of beer in front of them and cry.

I currently use my brother’s WatchESPN login info on my Xbox 360, and all it cost me was a Chipotle burrito.

If WatchESPN isn’t available, you may try and see if your family’s cable provider, such as Comcast Xfinity, has its own streaming service.