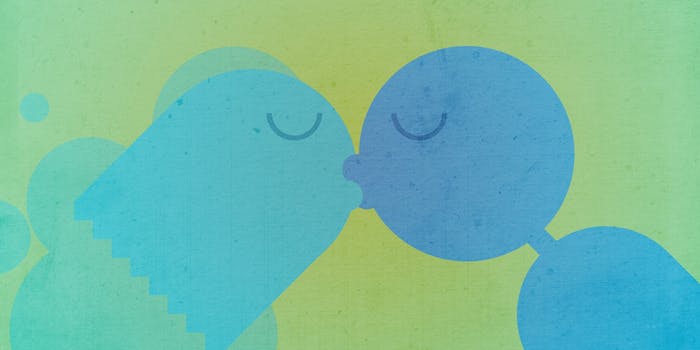 How to ghost in 7 easy steps

Anybody can do it!

It happens to everyone in this day and age. You put yourself out there, think it’s going to work out with this special somebody, and then out of nowhere, poof—they vanish into thin air. In some cases, it’s a bit more gradual; they fade away over increasingly forced text conversations (other times, they hit you up through the television—more on this later).

Yes, we live in the era of ghosting. But you might be thinking to yourself, “I could never do that to somebody.” Or maybe you’re in the camp that’s ghosting all the fucking time. Whether you’re the ghost or the ghosted, it’s just a matter of fact, like the sky being blue, or the harsh reality that you’ll never make as much money as Kim Kardashian.

If you have yet to master the spectery split, fear not, friends! For we have conjured up the perfect guide on how to ghost. Before you know it, you’ll be a master of disappearances.

1) Leave behind some unfinished business

This the go-to method for 90 percent of aspiring ghosts. You’ll be unable to fully cross over into heaven (or hell, no judgments here) if something’s keeping you behind. Perhaps you have to watch your eldest child find love or the murder of your best friend is still a mystery, so you can use your ghostly powers to help the detective on the case figure things out. Maybe it’s something simpler, like leaving the coffee pot on.

If you’re feeling particularly malevolent, go the sinister route. Performing witchcraft or science experiments on your children is a pretty foolproof way to end up a haunting ghoul.

2) Imbue an inanimate object with your spirit

Cursed amulets are a personal fave if you can afford that sort of jewelry. Creepy dolls with eyes are common—like that bitch Annabelle. Typically, it’s nicest to build your own doll using the enchanted wood from the oak tree in your backyard. But if you can’t do that, store-bought is fine, too.

This is the least-discussed way to ghost. But there are reports that a teenage boy named Danny had success with it. Here’s his story:

Once you’ve finally become an actual ghost, it’s time to play the part. You’ll want to start off by getting in touch with a local youth, preferably around the age of 7, who is impressionable, likely friendless, and maybe has a natural connection with the occult.

There are various ways to do this. Showing up in your ghost form right away might scare them off, so you might want to do it through the aforementioned creepy doll or in their dreams. The classic move is through the television, but I have heard of more technologically advaned poltergeists moving toward an iPad or LeapPad approach.

The dude’s bad news. He’ll try to get you to barter your soul, and even if you’re already destined for the fiery underworld, it’s better that the devil doesn’t have your spirit under contract, because you’ll eventually be able to appeal your sentence if you behave yourself. That means no hanging out with Adolf Hitler or Genghis Khan while down there.

6) Listen for when you’re being called

Sooner or later, a group of teens tipsy off some Bud Light Limes will think it’s a great idea to provoke the supernatural by dabbling with a Ouija board. This is your chance to really scare the shit out of them. Blow out some candles, cut the electricity to the house, throw some of their mother’s nice china. Getting harassed by a ghost is actually very character-building.

It’s the 21st century, communicating with people via text is totally in. Whomever you’ve been spooking will appreciate being distracted by ominous messages from a ghost instead of waiting on a text or call from a Tinder rando they got drinks with and banged. You’re doing them a favor.