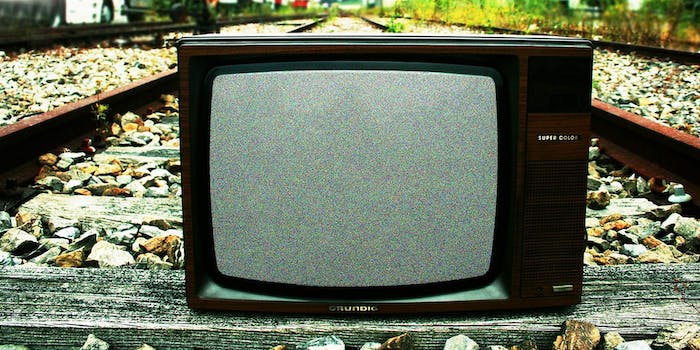 How the golden age of television is killing Hollywood

What’s really driving television’s popularity these days is the conversation around it.

Every Friday night, no matter what is going on in the world, a slate of new films gets released in theaters. And like clockwork, the companies who make and distribute these movies cross their fingers and hope people show up in droves.

If the actors are popular enough, if the director has some critical cache, if the marketing campaign hits its stride, maybe, just maybe, one of these movies becomes a hit. Everyone lives another day and the Hollywood machine keeps on rolling.

So why does it seem like the buzz around movies is duller than it has ever been? Forget the pomp and circumstance at award shows, the paparazzi and the rosy spin Hollywood puts on its business.

These days, the thing people are most excited about is not Leonardo DiCaprio blowing mountains of cocaine up his nose in a Martin Scorcese flick, but rather, the season premiere of Mad Men. The finale of True Detective. Game of Thrones. House of Cards. Black Sails. Orange is the New Black. Scandal.

It’s been said that we’re living in the new golden age of television, and that’s probably true. Every week a new historical drama makes its way onto our flat screens. And should we miss an episode, we can always DVR it, watch on Netflix or even buy it via Google Play, Amazon, or iTunes. We can then watch on our phones while we’re on the treadmill or riding the train. Convenience has become television’s best friend.

But that’s only part of the story. What’s really driving television’s popularity these days is the conversation around it. The conversation taking place on social media. Anyone who has endeavored to write a tweet during prime time television knows how hard it is to cut through the noise. Everyone is watching and tweeting at the same time, about the same exact show. If it’s Scandal, well, it may seem like everyone on Earth is watching it.

Television has completely reinvented itself. It went from something you turned on before you went to bed, or what you might leave on in background while friends are over, to appointment viewing. Sure, the quality of the shows is where the renaissance starts, but the never-ending discussion is what keeps it going. Television, once stuck in a giant unmovable box, is now an actionable thing. You don’t just sit there anymore, staring at it. You watch, react, tweet, repeat. In that order.

Contrast that with theater-going. Going to the movies was traditionally a social event—bring a date, friends, maybe family, and sit in the dark among other people; everyone watches the same thing—but now that seems so lonely. So one dimensional. You’re just sitting there in the dark, passively, not doing anything. You can’t talk. You can’t do shit.

So the problem with going to the movies is that, comparatively, it’s not nearly as dynamic as watching television. Because when you’re home watching television—likely on a huge TV, maybe with a home theater system—you’re on your phone chatting with a million people at once about the show. Even if you have someone in the room with you, you’re still talking to some other person, in another state, who you probably never even met. You can’t do that in a movie theater. You can’t even take your phone out, lest someone start complaining that the glow of the screen is disturbing them. Your reaction toWolf of Wall Street, your witty comment, it has to wait, and that’s a tragedy.

But also, the format of television—much more than film—lends itself to how people consume content now. In small doses. Think about music. The release of a full-length album, with all its requisite buildup and hype, while still theoretically a cool idea, is no longer that interesting. A musician who wins today tours relentlessly, releases a song or two a month, multiple EPs, behind-the-scenes videos, photoshoots, etc. Maybe they even drop a surprise album. It’s a constant stream of content.

In the news business, we check our favorite sites multiple times a day, looking not for some long explanatory piece of journalism, but a few short pieces that make up the news cycle. Many new fiction writers serialize their stories on the web first, releasing chapters bit by bit on their own sites, before publishing complete books that they hope people will buy. They’re releasing stuff all the time.

In television, the episodes keep coming. The narratives are long. The conversations go deeper. Movies, however, buck that trend. They’re old school. They still rely on you sitting down for 90 minutes and watching one story from start to finish. There are no pause or rewind buttons. You can’t read a Salon essay about the movie in the middle. You can’t check Wikipedia about some random thing that happened. You’re at the mercy of the movie.

That isn’t to say Hollywood doesn’t attempt to make movies into deeper dives. Studios relentlessly search for properties that can be turned into franchises. They mine literary works, non-fiction stories, comic books, games (Battleship?) and even toys (Legos). Everything is fair game. And then, hopefully, one story begats another and they’ve got sequels and in the case of a company like Marvel, a whole universe of characters who cross over into each other’s movies. That’s the best case scenario.

Outside of the franchise system, though, it’s cold. The market for one-off movies, especially those without huge actors and directors, just doesn’t seem to be there anymore. I’m not a professional movie critic, and I don’t spend my days poring over data from the MPAA, but I’ve been going to the movies in Manhattan almost every weekend, like clockwork, for years. Sometimes I spend hours in one theater, watching two or three movies in succession. And over the past two years or so, more often than not, no matter what theater I’m in—unless it’s a blockbuster, or like a Wes Anderson flick—I’m never at a loss for a seat. I don’t need a pie chart of statistics to tell me that nobody is there. I can use my eyes.

I suppose that it’s hard to drum up interest in these films because unlike comic book films, for example, there aren’t dedicated fan bases already in place. A franchise’s marketing starts with that audience—at something like Comic Con—and then goes from there. But absent of that, it’s left to the publicity cycle, the festival circuit and traditional ad campaigns to sell a movie. But without big stars and directors, that stuff doesn’t work anymore. And even with those assets in place, success is not guaranteed. People would rather stay home than drop $13.50 on something they’re unsure about.

On cable television or Netflix, the stakes are much lower. A show might air three or four episodes—maybe even a whole season—before it hits its stride. And again, there are so many ways to watch. What’s more, you have this ability to tap into the conversation around the show while it’s happening. You spend a weekend binging, trying to catch up. It becomes a thing to do, something to talk about. Outside of Oscar season—when the publicity parade is endless and unavoidable—you likely never feel that way about movies.

How does Hollywood fix this problem? Tough to say. But it’s certainly noticeable that many movies—particularly less-celebrated releases—are becoming available on services like Amazon Prime and cable on-demand the same day they are in theaters. This isn’t a new strategy, but the sheer number of films and the quality of them is increasing. There may be a day, soon enough, when the majority of films are released on-demand and in theaters simultaneously. And the messaging around their releases will be about making sure we watch on-demand, rather than buy tickets.

In order to get people back into the seats, Hollywood and its theater partners need to find a way, somehow, to make the experience more rewarding. Maybe it’s cheaper tickets and concessions. Maybe it’s giveaways. If that doesn’t work, maybe it’s more expensive tickets, and subsequently turning the theater into a luxury product, where patrons can relax in plush chairs, have better food options—an executive chef, alcohol and table service—plus other amenities. Because why is going to a theater in 2014 fundamentally the same thing it was 50 years ago, except with higher prices and shittier food?

Maybe the answer lies not in dynamically changing the experience, but shaking up the format, finding a way to make it more interactive, more of a shared thing. Television tapped into Twitter and put the entire world in the same living room. What technology can Hollywood adopt to get everyone back into the movie theaters? Is there an app for that?